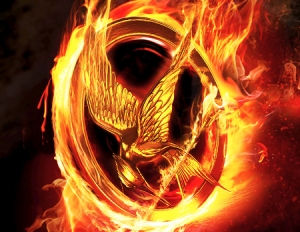 Well, Kenyon, it’s already a bloodbath. I’m speaking to you from the steps of Rosse Hall, where I am witnessing a large crowd of dead tributes gathering.

Today, we at The Thrill will, in addition to sponsoring Kenneth Fedorko ’13, be liveblogging The Kenyon Hunger Games. Enjoy.

1:48 p.m.: BREAKING NEWS: CONOR DUGAN HAS TRIUMPHED. THE THRILL WILL ALLOW HIM TO CONTINUE TO HAVE FRIENDS. In second place, Lauren Katz. In third place, Eddie Baxter (a.k.a. Cato). In fourth place, Nat Katz.

1:41 p.m.: Four tributes remain: Lauren and Nat Katz, Eddie Baxter and Conor Dugan. We at The Thrill are not saying that if Conor doesn’t win, he’ll never see his family again. But we are saying that.

1:39 p.m.: Caesar Flickerman has it out for Lauren Katz. He has purchased two injuries inflicted upon her. A fireball thrown by Ethel Merman has attacked her.

1:37 p.m.: Rosemary is dead for real. Conor Dugan is receiving the remainder of our sponsorship.

1:32 p.m.: I would like to take a moment to personally mourn Rosemary Ouellet. … who might still be in. Updates pending.

1:28 p.m.: The Feast was terrible. Kenneth has fallen. Marcie (a.k.a. Foxface) is also dead. The Thrill is contemplating reallocation of our remaining three ribbons.

1:17 p.m.: Robbie Sellers has fallen. What will Charley the puppy do?!

12:34 p.m.: Kenneth has yet to show up to receive his six extra lives, two weapons, food and ammo. Hopefully that means he doesn’t need them.

12:23 p.m.: It seems that numerous tributes have thus far been the victim of the ruthless killing machine that is Samuel Teeter ’15. Kenneth is nowhere to be seen.