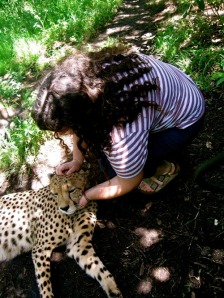 Campus can seem pretty desolate when it hits you that some of your favorite people are currently gone, exploring the exciting world of study abroad. In order to fill the gaping hole that their absence creates, we bring you into their world, or at least show you a snapshot of them through their study-abroad blogs. Here is a list of some of the of the most enticing and electric blogs from first-semester study-abroad experiences.

1. Ally Schmaling ’14’s In the Land of Fire: If you have missed Ally’s radiant Facebook photos and general Owl Creek-esque beauty, then y’all should spend some time on her study-abroad Tumblr where you can explore her life in Cork, Ireland through the eye of her camera. The photos are so stunning and inviting that before you know it you have wasted a hour of designated study time getting lost in Cork.

2. Marissa Hartman ’14’s In the Land of Scot: Marissa is currently a kiltless American studying for the semester in Edinburgh, Scotland. Marissa’s Tumblr is witty and wry and full to the brim with hilarious lists and anecdotes from her travels. As an added bonus, if you feel like there are not enough photos of sheep on the Internet, then look no further for all your adorable sheep needs.

3. Thea Kohout ’14’s Cape Town Capers : Thea is spending her first semester studying in Cape Town, South Africa. Her Tumblr is fantastically sarcastic, glib, and the right amount of self-reflective. Her photos are luminous and frequent and they make me want to abandon my Statistics in Psychology textbook and jump on the next plane to Cape Town. And yes, I know you all were thinking it, she is petting a leopard as it purrs into her hand.

4. Maggie Rosenthal’ 14’s The Scottish Pretender: Maggie is currently studying anthropology in Scotland and it doesn’t seem like she has to pretend at all. Her Tumblr is eye-catching and eloquent. She has great recaps of her many of her experiences and her Tumblr functions as a kind of diary, letting us into her thoughts and feelings as she experiences Scotland. She has also been traveling around Europe, so if Scotland starts to bore you (though, how could it?) all you have to do is keep scrolling down and you will soon be in Prague.

5. Aaron Dripps ’14’s Dripps is in Denmark : Last but not least we have Aaron. His study-abroad travels have brought him to Copenhagen, Denmark, where he is studying psychology. Aaron’s Tumblr is quirky, fun, and overflowing with classical architecture. I am also quite partial to the enticing photos of food. And of course, you can never have too many shameless selfies. The Thrill respects you, Aaron. Keep doing what you’re doing.