This feature was conceived as a foray into the hearts/minds of Kenyon’s finest artists through the pages of their sketchbooks. This week, we’re talking to Drew Schmid ’14.

I met Drew Schmid ’14 in the basement of the new art building, Horvitz Hall, where he does most of his work. The room looks like a remodeled warehouse space equipped with speakers mounted on the walls that you can plug into your laptop (a pleasantry that should really exist everywhere). Schmid’s art focuses primarily on animals, and he has been focusing specifically on sculpture this semester as part of his coursework for Art with Four Legs: Critters and Fantasies.

Read more of our interview and Schmid’s déjà vus after the jump! 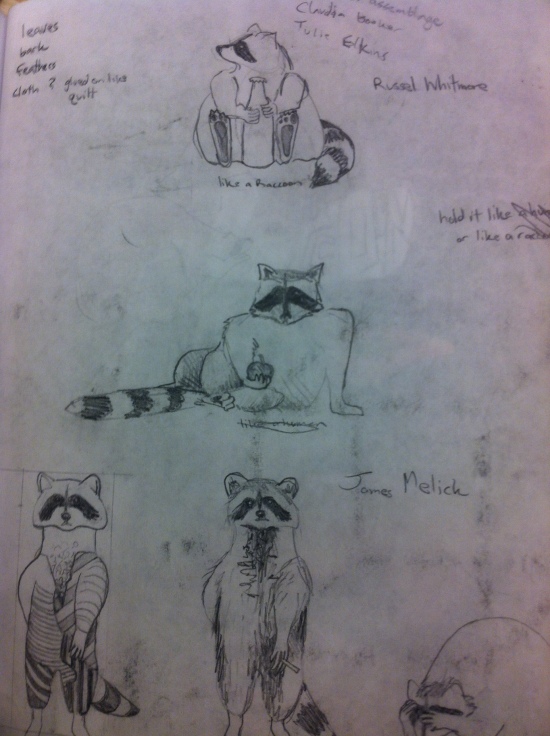 Schmid is currently working on creating a wooden raccoon. He elaborated, explaining that he “wanted to do animals that are familiar to me–being in Ohio–because I can use what I already know and build outward from there. I did one hundred geese earlier in the semester. Each goose has its own individual character.” 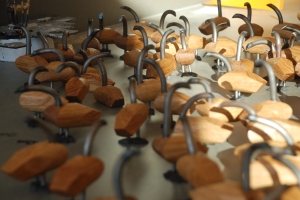 When I asked Schmid if he had a preferred animal, he told me, “I generally have a strong affinity for crows. It’s not so much that we have a similar personality, but they interest me and I think I interest them.”

As I flipped through his sketchbook, he told me about when he first became interested in art: “I remember being the first to be able to color in the lines–which doesn’t really sound like the mark of a good artist, but in preschool it is. And then I remember doing I giant drawing of an ocean with all of these ocean animals inside…a lot of animals that didn’t belong in the ocean.”

We then discussed Schmid’s recent déjà vu experiences, which, he said, are “completely unrelated to my work, but it’s been on my mind a lot. It’s not that I have visions of the future or of the past, but I’ll just be going through my day, and there are all these mundane things I feel I’ve dreamed before.”

One picture in his sketchbook featured an emotional reaction Schmid had to some trees. He explained, “I was yelling at the trees, I was yelling at their bark. I was just really upset that these trees, their skin was dry and cracked. It was awful.”

Of the above sketch, Schmid said, “I want to do more of these. Bigger. Crazier. I like the idea of the circle and all of these layers protruding inward. I don’t usually do very abstract art but I’m excited about this.”