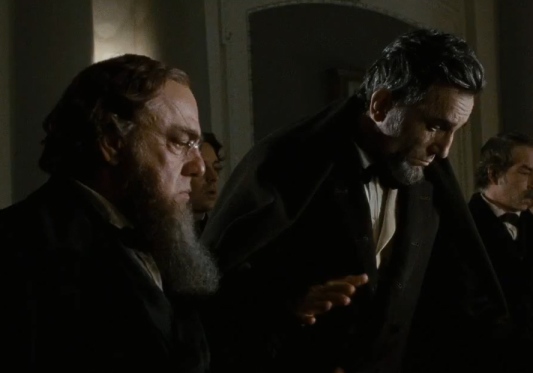 I heard the ice cream machine is broken, Mr. Lincoln. Isn’t there anything we can do?

Kenyon’s illustrious acting department has birthed such legends as Academy Award-winning actor Paul Newman and Emmy Award-winning actress Allison Janney. However, in this season’s Oscar race, it is not an acting department that’s generating buzz, but one of our political alumni. That’s right folks, in Steven Spielberg’s Lincoln, our very own Edwin M. Stanton gets his moment in the spotlight! Read on for more information about old Edwin and his portrayal in the movie.

Won the ‘Best Beard’ superlative in the Civil War yearbook.

Sadly, Stanton shows no vampire-killing ability, unlike the President.