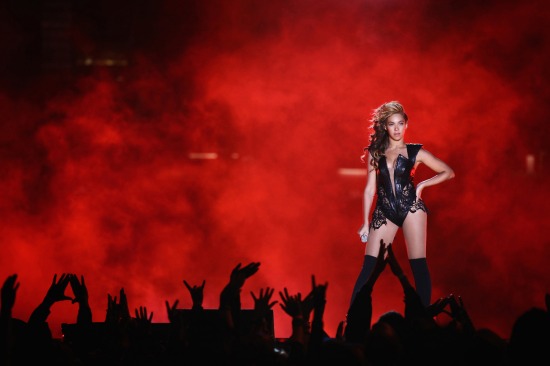 With a score of infinity to zero, Beyoncé won the Super Bowl tonight.

Let’s face it, everyone: this year’s Super Bowl was not about men in spandex milling about and occasionally tackling each other. Tonight was all about Queen of the Universe, Beyoncé Knowles. In light of her flawless, amazing to the point of blackout performance tonight, here’s the Thrill’s list of why Beyoncé should do the halftime performance every year from now until eternity.