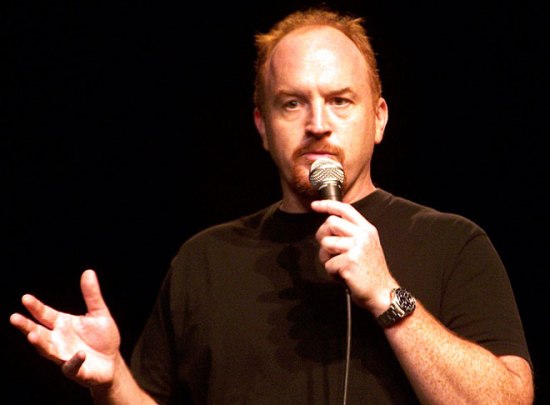 This past weekend Beyond Therapy, Kenyon’s sketch comedy troupe put on a show. They performed on Friday and Saturday night. The Friday night show opened to an engaged audience who laughed steadily throughout the show and left with mainly positive comments. The Saturday night show was received very differently, a portion of the audience exited the Black Box during the show and those who stayed laughed hesitantly or stayed silent. I was in attendance for the Saturday night show and after the show that night and throughout the day on Sunday I heard a variety of impassioned reactions. The most common response that was relayed to me and that I will admit feeling myself was that the show was unnecessarily offensive. The show joked about issues such as gun violence with adults and small children, sexual promiscuity, abortion, rape, and sexual harassment. I spoke to Mike Jest ’15, co-president of Beyond Therapy and Thrill staffer, and John Foley ’15, member of Beyond Therapy in order to address the issue of offensiveness and boundary crossing in comedy at Kenyon and beyond.

Izzy Sanderson: The Beyond Therapy show took place this weekend and as I state above, it received some mixed feedback. What do you think Beyond Therapy’s reputation at Kenyon is?

Mike Jest: I will acknowledge that we might have a reputation for boundary pushing by Kenyon College standards.

IS: Do you think the undertones of the comedy that took place during last night’s show were different than the comedy portrayed in previous shows?

MJ: Every show is unique. I don’t really think this show was that different than normal shows.

John Foley: It was really eye-opening to come out from backstage after the show on Saturday and see good friends react in strong negative terms to the performance. It shouldn’t have taken those shocked faces and “WTF?!”s to help us figure out that something in the show had gone very wrong, but unfortunately it did. I’ve had a lot of friends come to me and talk about how a lot of different sections really offended and hurt them, and that’s just the worst. My initial reaction is to be defensive and say “Hey! I didn’t necessarily write that!” but I think that as a group we all bear responsibility for the content we put out there, and when we fail to be funny AND hurt people, we all feel that belly flop.

IS: How do you define offensive comedy?

JF: I think that there is a huge range of humor that has the potential to be very offensive. Jokes that take a thoughtless, dismissive or unintelligent attitude towards social problems and which ignore the potential for triggering fit into this category. I think that certain elements of boundary crossing in comedy can be useful, but only ever if the audience is laughing for the right reason, and that’s a very thin like to walk. For example, if a comedy group is telling a joke about the bullying of gay teenagers in high school, that joke needs to be clearly mocking the bully and the ignorant behavior that leads to bullying behavior. It’s never funny to dismiss or make light of someone’s tragedy. If a joke is making the audience laugh in recognition of how fucked up or problematic something is, than it is succeeding; if it’s only fueling arrogance about a social problem and not making an effort to point out the problem itself, than it fails.

IS: What have you heard in terms of reactions after the show?

MJ: I have heard that people were uncomfortable with some of the subject matter, specifically we had some jokes about news stories involving shootings and they were what I thought to be satiric jokes in a sketch but that some people found offensive. Abortion and sexual assault were also mentioned in a sketch and I heard that those jokes made people very uncomfortable.

IS: When you heard those reactions what do you think?

MJ: I look at a show’s reactions, personally just by how funny people find them. It’s hard to laugh when you feel uncomfortable so that is never our goal.

IS: What do you think about offensive or boundary crossing humor in general at Kenyon?

MJ: I don’t think there is much of it. Kenyon seems, as a rule, fairly sensitive to taboo subjects and justly so. People feel strongly about issues so they bring that with them when they see comedy.

IS: What do you think about offensive or boundary crossing comedy in general?

MJ: It can be tricky. I think that a lot of the offensive comedy out there is a result of laziness or bad writing. A lot of people use it as a short cut, like shock humor and I think that is unfortunate in that it gives other comedy that is boundary testing a bad name. If done well, boundary testing humor is valuable…maybe the most valuable. The goal of comedy should be testing boundaries, when done correctly.

IS: How do you think you test boundaries correctly in comedy?

MJ: That is hard to articulate. A  quote that I like states that you don’t make racist jokes, you make jokes about racism. There has to be a point of view behind the comedy not just blindly trying to go for shock value. You have to be thoughtful and have some moral obligation I think, when you want to have a positive message behind what you are doing. It should be boundary testing with the goal of shedding light on issues that people don’t talk about but can be discussed and made more palatable through comedy. It is easier to digest within a comedic framework and that is what a lot of great comedians do, like Richard Pryor and Louis C.K. and George Carlin. They test boundaries very artfully.

JF: Everyone in Beyond Therapy is really, really funny and talented and have all acted in and written some great sketches. We’ve had some golden moments as a group that we should be really proud of.

MJ: What I would say about the news jokes is that by nature of doing jokes about the news, which is a choice we make, then you are going to deal with sensitive topics. I mean if you look at the news as we do when writing that sketch then you will see shootings in the news. The world is a scary place. Stories like that are getting more attention. So it is difficult to do a news segment without mentioning that.

IS: When you are writing, are you thinking about what the reaction is going to be?

MJ: Well, I am trying to make the audience laugh. I mean with jokes about shootings…I would say my intention in those, it is difficult to say that keeping in mind…the jokes aren’t meant to make light of the those stories of how terrible the shootings taking place in this country are, but to point to the fact that they are happening. There is a gun control debate and the news is full of stories about kids and adults alike getting their hands on guns and killing other people either accidentally or on purpose. Presenting that in a comedy show you would hope, my intention would be to point out that those things are happening not to make light of them. I have heard Louis C.K. say that if you take people to a place that they are scared of and make them laugh there then it is a more meaningful experience. Whether we succeeded or not, the goal is to bring those news stories in a forum where they are easier to talk about. The goal is to bring them up in a setting where people won’t shut down. We are trying to make it more accessible to people.