From left to right: Elizabeth and Conor

Elizbeth Myers ’14 and Conor Hennessey ’14 showed up to their photo shoot unknowingly wearing almost identical shirts. They did, however, know that people think they look the same. Last year, when Elizabeth’s hair was shorn closer to her head, the two were apparently indistinguishable from behind.

“I think that last year one of my friends said that there was this guy who had my same hair,” Elizabeth told me.

Conor added, “I’ve been told we look a lot a like before.” 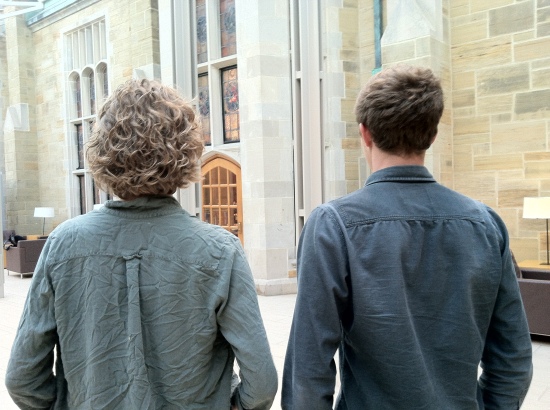 From left to right: Elizabeth and Conor

Though their hair is no longer the same length, the two still generally resemble one another. But I’m sure you’ll disagree in the comments.