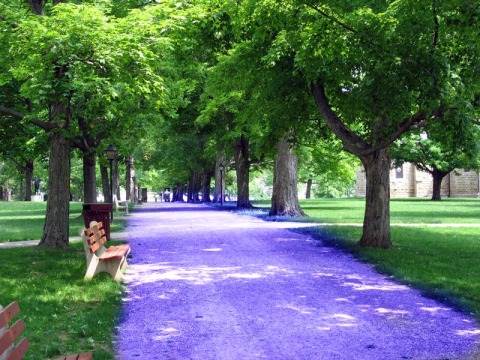 There’s a place I know if you’re looking for a show. Where they go hardcore and there’s glitter on the floor.

Most people will tell you that Middle Path is made from gravel. Most people are wrong. Only those who are part of the super-secret Kenyon Middle Path Committee know the true makeup of our iconic path. Luckily, I was able to nab some of their files, and I’m going to let you know some of the ingredients they use in the mystical concoction that is Middle Path.