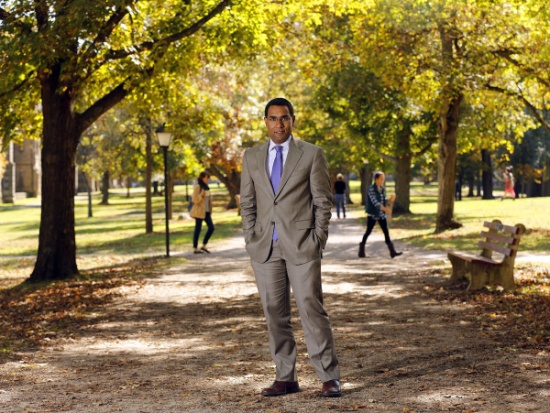 Ok. So there’s an inauguration this weekend?

Yep! Kenyon is inaugurating Sean Decatur as the College’s 19th President at noon on Saturday (Just like the real president! Of the country!). There are events all weekend to supplement that — including a party.

Fine, fine. What happens at the inauguration?

You mentioned other events. Tell me more about those.

On Friday, a bunch of departments and student groups are giving presentations on their work. On Saturday, they are going to light up Old Kenyon at 8:00 p.m. to make it all pretty for D-Cat and his family. They will also ring the bell 19 times. Funny story: There is a bell in Old Kenyon.

Ok. I waited. Tell me about the Party?

From 8:00-midnight on Saturday, after you watch the Old Kenyon laser show (disclosure: there will be no lasers), you can head over to Peirce for the “gala.” It’s more casual than a ball, apparently at the request of his highness Sean Decatur. There will be a Beatles cover band. There will also be free booze.

Yeah. There is going to be what we believe in an open bar in Peirce on Saturday.

Maybe there are going to be drink tickets. We don’t really know! However, we do know that there won’t be any hard liquor — just wine and beer. But who really wants to vom on a trustee because overestimated your ability to handle free tequila? That’s what we thought. Unless you’re,  you know, into that kind of thing.

So to sum up: Have a great time, go to the light show, go to the ceremony, go to the party, don’t throw up on an old important person. Happy inauguration, everyone!