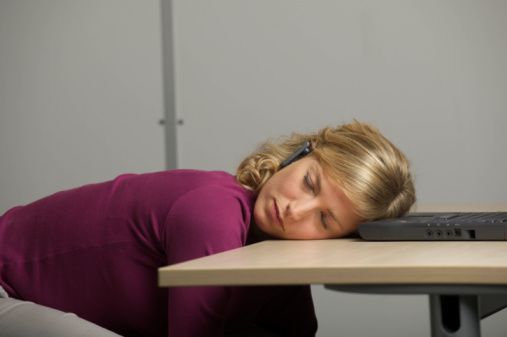 For the best nap, don’t sleep on your desk (via blogspot.com)

As great as naps are, the groggy feeling after waking up can make naps seem like they’re not worth it at all. Through some very quick research, we’ve compiled some tips on how to take the perfect nap.

Length is crucial when trying to taking the best nap possible. Here’s a short list of the effects of napping for different lengths of time:

The best time to take a nap is between 1 p.m. and 4 p.m. Any later than that and it could interfere with your nighttime sleep.

Also, the more upright you are during your nap, the less likely you are to fall into deep sleep. Being woken up from deep sleep is often what causes the groggy feeling. For a good power nap, drink something with caffeine right beforehand. The caffeine won’t kick in for 15 or 20 minutes, waking you up in time without an alarm.

Note: If you dream during a short nap (30 minutes or less) it is usually a sign of sleep deprivation.

If you have any other tips on taking a better nap, sound off in the comments!