December 16, 2013 By Annaliese Irene in Features Tags: awkward, Beyoncé Knowles, CA is the only way?, CA no way, doppelgangsta, posts we did not post, spicy 2 Comments

1. CAs that shouldn’t be people. This sounded like a fabulous idea until we remembered that ResLife existed. Scary.

2. Hottest First Years. Here at The Thrill, we try to avoid objectifying our readers–so we sent this one back to the drawing board.

3. Hottest Soccer Players. Unfortunately, the drawing board proved only to produce a smaller pool for objectification, so instead, we dropped the concept all together and moved on to rejecting our other hungover brainchildren at our weekly Sunday meeting .

4. Doppelgangstas. Stymied almost as soon as it was proposed–the editors-in-chief literally couldn’t wait to see what this would have culminated in.

5. Most privileged people on campus according to the car they drive. After this pitch, we checked ourselves before we wrecked ourselves, noting that everybody’s car looks exactly the same at the moment–buried under a foot of snow.

6. Most awkward photos of professors on the internet (that aren’t sexual). Unfortunately our mind is perpetually in the gutter, which is why we didn’t make this a post. Actually, I’m not sure that we ever  pitched it. Whoops. Anyway, for all of the faculty with old photos on the internet, we are very, very sorry.

7. Places on the internet you didn’t expect to find your professors. Now you get your mind out of the gutter. Maybe your professor has a Neopet. Maybe they’re on Myspace. Or maybe they were at one of those weird family reunions, hosted by some long lost relative who just happened to create a website with all of the photos from the party. Awkward.

8. How to slowly rob your roommates/housemates of their shampoo and conditioner without them knowing. Well, of course we didn’t publish this. They would have found out.

9. Sarcastic “do it tonights”. Sure–we tell you to attend events all the time. Do we attend them? Unlikely. Hell yeah you should go to that lecture. Yo, that dude’s amazing. Yeah, you go have fun, I’ll just be rocking back and forth in my closet watching videos of cats on youtube. Run along, now.

10. Photos of me and Beyoncé. This pitch was rejected primarily because nobody knew of its existence. Had we known it would lead to so much photoshopping phun, we probably would have published it. I mean really…look at that potential: 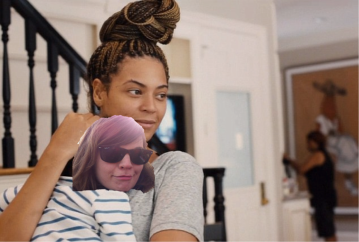 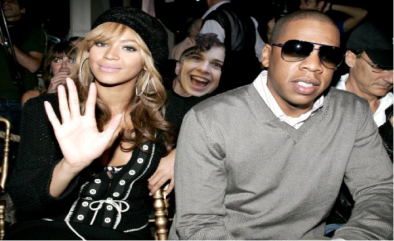