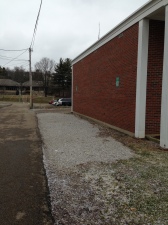 After a short walk around the Kenyon campus, anybody could tell that there are all kinds of different and mysterious buildings around here. Especially as a First Year, there are some buildings that are a complete mystery to me. And don’t lie to yourselves, upperclassmen. You could still find yourself standing in front of an unmarked building, befuddled and trying to recall what exactly this strange edifice could be for.

I know I had seen these mystery buildings all the time before. Before I knew that the Wilson Apartments are a thing, I would always wonder why there was a weird NCA on Acland Street, near the Cove and the fire station. A quick gander at the Kenyon campus map was all it took to alleviate this confusion, but still some buildings are just as unmarked on this map as they are in person.

One building near the Wilson Apartments is quite the mystery. It’s almost perfectly square, built from bricks, windowless, and appears to be temperature controlled from what seems to be an AC or heating unit mounted on one of the outside walls. Judging from the lack of signage, this place is clearly not meant to be accessible to the general public. There are only a few possibilities that could explain its usage. 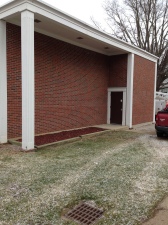 Which one do you think it is? They are all viable options, but it can only be one of them. The choice is up to you.