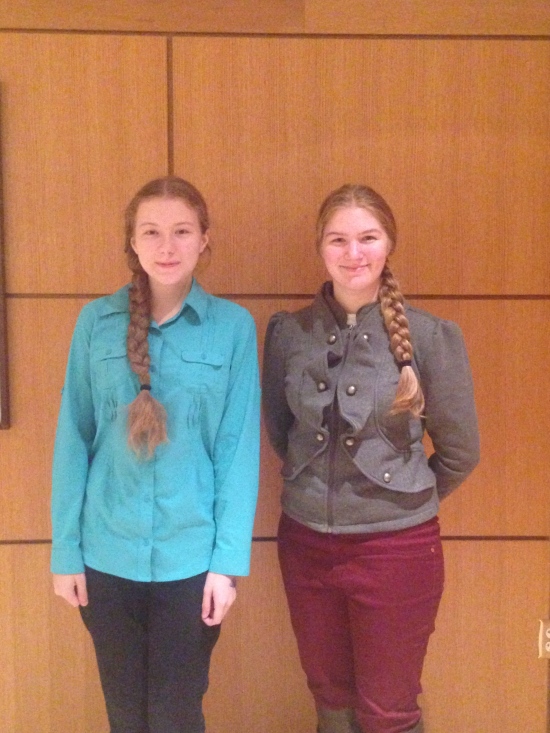 I became aware of Andrea Odegaard ’14 (right) and Madeleine Bradford ’17 (left) doppelgänger status the first week of class this year. I saw a long blond braid from behind on Middle Path and ran to catch up with “Andrea”, only noticing at the last second that it wasn’t actually her. 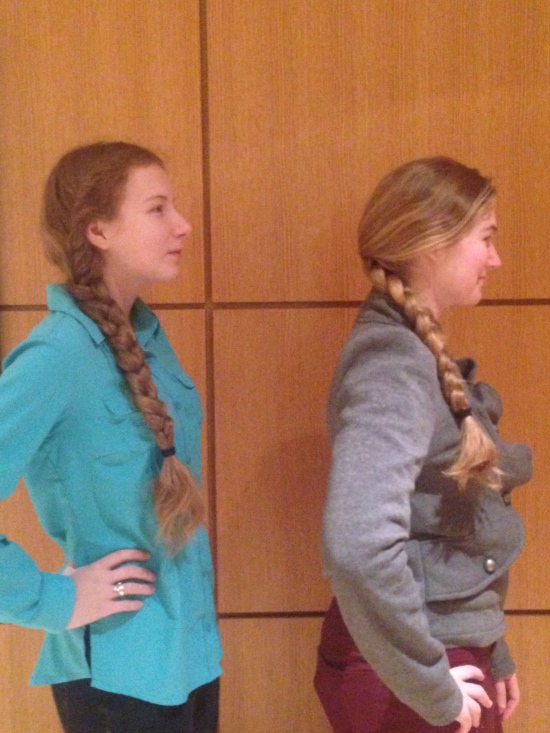 Andrea has known about her doppelgänger all year, and fully acknowledges their resemblance. She’s pretty sure that she’s been mistaken for Madeleine a few times this year. Madeleine, who was previously unaware of her twin, agrees that they look  like they “could be related”. After taking pictures, the two discussed their Hogwarts houses and the possibility of them pretending to be each other in classes.