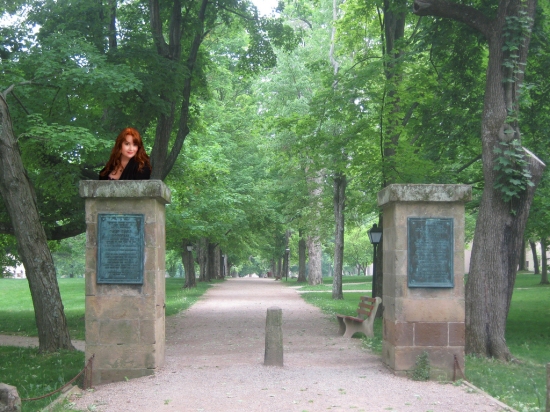 When I first heard about Kenyon, I did what any child of the millennial generation would do–I Googled it. There it was, the shiny college on a hill that I decided that it would indeed attend. However, just below the top search results for Kenyon was a Kenyon of a different sort. Sherrilyn Kenyon, an urban fantasy author (yes, I had to look up what “urban fantasy” was, although, based on the cover art for the books, I’d say it’s a little closer to urban high fantasy erotica*). After doing quite a bit of research, I have discovered some striking similarities between Ms. Kenyon’s work, and Kenyon College.

Fan Fiction: Kenyon students love fan-fiction, and there is no shame in that. Who hasn’t read or written a little Harry Potter fan-fiction at some point? This phenomenon has been well documented at Kenyon, though Ms. Kenyon has a pretty prolific fan fiction following as well.

New York Times Best Sellers: Good for you Ms. Kenyon, making it on to the New York Times best seller list. Honestly, that’s a huge accomplishment. Have you ever had six out of the top-10 though?

Read Posters: Well, at least a “Caught Reading Kenyon” page of Kenyon’s fan-site. I guess it is a little different from Olin’s famed “Read” Posters. (I’m still a little irked that I haven’t made my way on to one in my four years at Kenyon).

An Odd Cast Of Characters: I’ve always said that if you ever find someone normal at Kenyon, you aren’t looking at them hard enough. In a place filled with quirk, it’s hard to imagine a better cast of characters (I’m looking at you MTV reality television). Ms. Kenyon’s characters are pretty mystifying too though. Do you know any Dark Hunters of Atlantean Gods? Thought not.