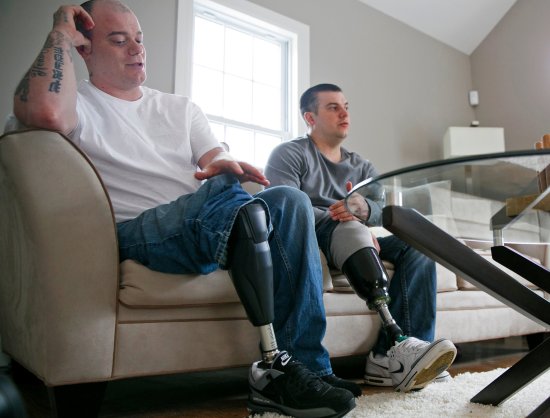 The Lead Story: A year after the Boston marathon bombing, many survivors are trying to make meaning of their experience without being defined by it. The New York Times talks to a pair of brothers whose lives were transformed by the event and details the challenges they’ve endured since the attack.

After The Jump: SNL mocks CNN, Afghanistan contemplates a runoff, the Masters has a new winner, dumb things on Twitter, a tragic shooting in Kansas City, and a media take on Game of Thrones.

SNL‘s mockery of CNN’s Malaysia Airlines coverage is a must-see.

Amidst record levels of fraud, Afghanistan’s presidential election is headed for a runoff.

The internet is written in ink, which is why it’s really stupid to tweet terrorism “jokes” at an airline.

At least three are dead after a shooting at a Jewish community center in Kansas City.

Spoiler Alert: Here’s how the media would have covered last night’s episode of Game of Thrones.

The Long Read: The story of the heroin addict who sold to his friend, Phillip Seymour Hoffman.

The Weather: Although it’ll be warm, thunderstorms seem likely today. And depsite the glorious weather last weekend, it may snow tomorrow (the low will be around 23). If you can make it to Wednesday you should be in the clear as temperatures rise to around 70 for the rest of the week.