So, as it turns out Kenyon students are pretty weird. The Thrill has decided to showcase the endearing oddities of our student body with a new features entitled “Kenyon Side Projects.” In this new feature, we will spotlight a Kenyon student with a side project that we find particularly intriguing. Up next are Kevin Pan ’15 and Kelsey Hamilton ’15, Molecular Biology and Economics majors from Cincinnati and Chicago who are endeavoring to try every sandwich on the lunch menu at the Deli.

When I met with Kevin Pan ’15 and Kelsey Hamilton ’15 this past week in order to discuss their Kenyon Side Project, I hardly expected how organized they would be. Over the summer, Pan and Hamilton started a mission to try every sandwich on the Deli lunch menu. “We had a senior bucket list of things we wanted to do our senior year, and this was one of the things we came up with,” Hamilton explained.

As soon as we got on line at the deli, both Kevin and Kelsey pulled out their phones to look at the Google Doc where they had listed all the sandwiches they had tried before, along with analyses of each.  I sat down outside the deli amongst a flurry of bees to try Hamilton’s personal favorite, the Tuna Meltdown, and catch up with these two about their very serious mission.

How close are you to trying all the sandwiches at the deli?

Kevin: We’re probably about a third of the way there.

How do you decide who tries what sandwich?

Kelsey: I love tuna, so I knock all those out of the park first.

What’s your goal, where do you feel like this project is taking you?

Kelsey: I just wanted to do it so we would have a definitive ranking system of the sandwiches.

Kevin: Yeah, that way in twenty years we can come back and we’ll still know which sandwiches are good. Ideally to have a sandwich named for us—that is the ideal.

What would that sandwich be called?

Kevin: I’ve never thought that far ahead in my life.

Kelsey: There are some opportunities for puns in there.

Kevin: Will you send this article to the Deli after you write it, to show them that we really want to do this?

Which sandwich ranks the highest?

Kelsey: I love the Tuna Meltdown (#24). That’s one of my favorites.

Kevin: There’s a croissant BLT with avocado and an egg in it. It was so long ago.

What else was on your senior year bucket list?

Kelsey: None of the other things on the list as much as the sandwich challenge:

Kevin: No the sandwich challenge is the big one. This is my Magnum opus.

Note: After our meeting, Kelsey and Kevin brainstormed and came up with the sandwich which they hope will be named after them once they complete their sandwich challenge. The result was thus: 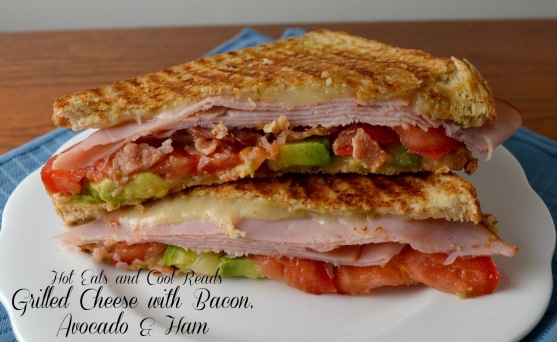 It must be pan-grilled.”