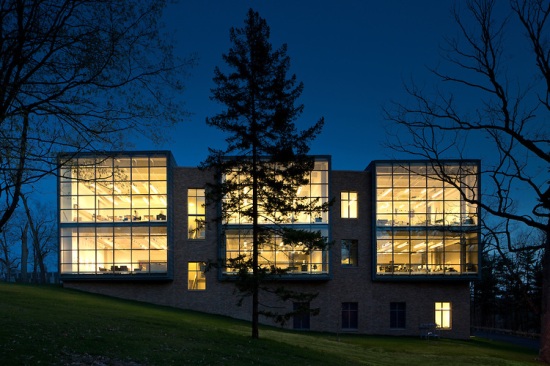 Contrary to popular belief, Gund is not one guy. Well, he is. But the people who made a bunch of our buildings aren’t. A quick google search revealed that the GUND Partnership is an architecture firm that partners with many schools including Denison and OSU to design some cool buildings for some campuses. Rumor has it that they’re really weird about trash cans and clocks in most of their buildings. Also, the partnership apparently made Storer acoustically shaped like a cello so that you could hear everything happening from everywhere in the building because they’re evil.

Gund (Gund) n. An architecture group that came up with Gund Gallery, the KAC, Storer, Peirce Hall, and the NCAs, among other buildings. Also a dude.

Kenyon Kontext: “Hey, isn’t it bizarre that Gund Commons and the NCAs were not made by the same people? Because I’ve vomited in both and they’re equally as homey.”