“Contrary to what it may seem, this is a meerkat, not my mom” – EIC Kate Lindsay

After a genius suggestion from our staff writer, Nate, (already famous for his insights into the adult mind with his unforgettable Mom Texts), The Thrill realized there was something many of us had in common: we all knew adults who had, or who had once had, Facebook profile pictures which were not of them. This was clearly a pattern. It seems the cool new thing for grown-ups with Facebooks to do is not feature their faces or even themselves in profile pictures. We decided to blow the roof off this whole trend so viewers like you could get in on a little Zeitgeist of your own. Who says adults should have all the fun?

Nate’s family dog. Not his mom.

About this picture, Nate said, “This is an attractive photo of our dog, Samson.” Dog profile pictures are definitely a hot trend among moms and uncles alike, as Julia proved with this pic from her uncle:

Note the hat. Next level.

My mother is also a big proponent of the trend, with several profile pictures (AND cover photos!) of our dogs, though the edgiest was probably this:

… because it is not even our dog, though according to my mom, he had a lot to say. Animal profile pictures are big, but so are holiday photos, such as this from our writer Sam’s mother:

But Annaliese‘s aunt proved that you could have it all:

Animals are very big with adults right now, with dogs in a clear lead, though owls, goats, meerkats, cartoon dogs and Yoda are also heavy hitters. Holidays are always a crowd pleaser with grown-ups, but really we’ve only barely scratched the surface of this baffling trend. What will they think up next? Perhaps Nate’s mom can again give us a hint: 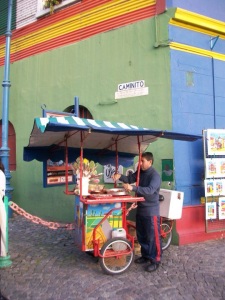 It looks like the next big thing could be travel photos… of other adults!!

What do YOU think are the hottest trends in adult online activity? Comment below! Send me pictures! I just want to look at them!