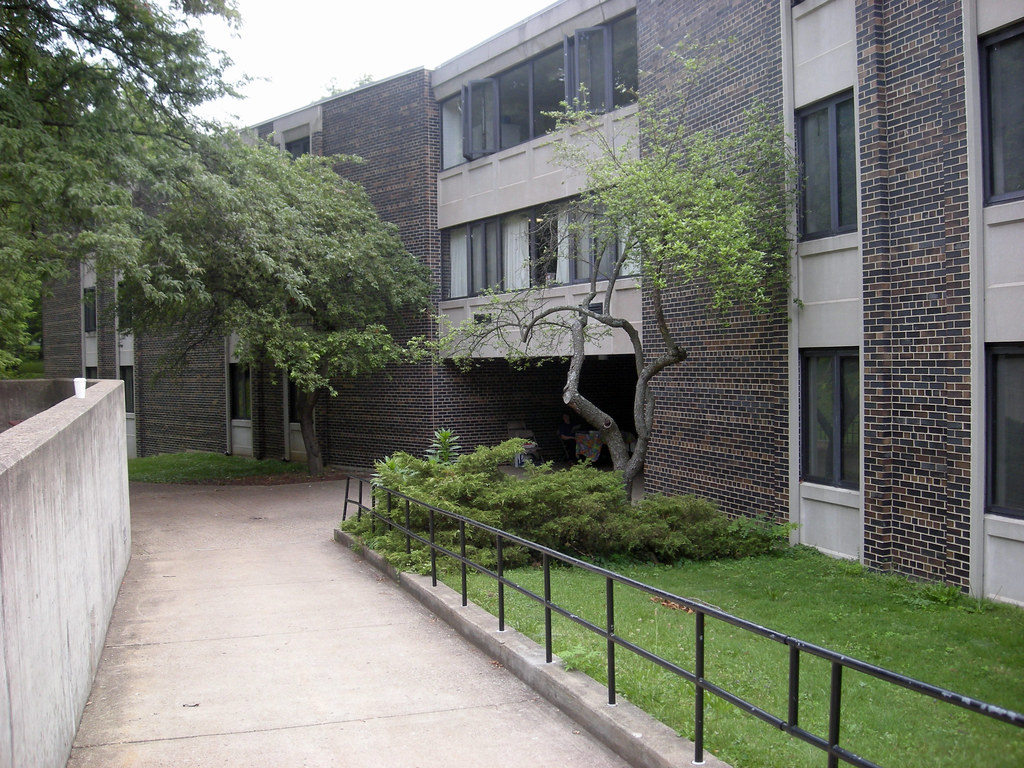 For example, just last week I was doing my laundry in McBride and I decided to walk through first floor short side for the first time, when I saw this:

It’s a beautiful sunset mural on short side that no one ever sees because NO ONE goes to first floor short side unless they live there. But it’s a shame, because in the words of a long side resident “it makes me feel like I’m in the Lion King!” So I wondered, what other treasures our lovely residences could be hiding.

For example, on third floor long side, there’s this lovely picture of some wolves howling:

But the greatest part of that mural is the cross-eyed squirrel in the corner:

Oh and also on 3rd floor long side is this half-done sketch of a “Lacrosse Buddha” that I have to walk past EVERY SINGLE DAY MULTIPLE TIMES A DAY. DOES THIS CREEP ANYONE ELSE OUT?

Though, easily the best part is the college crest on his forehead which reads “Latin Stuff”

This one, I am cynical about and I’m convinced it’s one of the best ones because it’s on the hall they take parents through on tours.

My favorite story about this is a first year who get ragingly drunk his first week and browned out and the ONLY THING HE REMEMBERED WAS RUBBING HIS FACE ON THE PAUL NEWMAN MURAL.

Kenyon is a beautiful place.

Also I’m using this as my official appeal for people to finish to Monopoly mural on second floor McBride, because IT WOULD BE SO COOL AND RIGHT NOW IT LOOKS SUPER LAME.

A volcano, but there are sharpie drawn astronauts on dinosaurs and flying butterflies,

THIS ADORABLE SLEEPYTIME BEAR WITH A DAVID THOREAU QUOTE

This one is in Mather hidden on a corner, which is kind of a weird yet clever place for a mural.

This used to be just a sunflower field, but the residents who live there now recently added the Hogwarts Express to go with their hall theme

When I thought I was finished, I realized I had accidently missed first floor short side of Mather, and I went back. Boy was I glad I did. I don’t remember much of the mural but there are a lot of faces on it. In the bottom left corner I found this:

I could not stop laughing. This is the most incredible thing to happen ever.

So that was my mural adventure. Did YOU have a favorite mural? Is there one I forgot to post because I got lost in Mather? Comment below and let us know!