Despite El Niño’s best efforts, February is about to get really cold. This means you’ll need to find something to do while you’re shivering beneath approximately 92340283 blankets. I would never encourage you to shirk your scholarly duties in favor of binge-watching whatever you can find on Netflix. However, I am willing to offer you a short list of TV shows that include or are about queer characters. That way, your marathoning will be more focused and you can get back to your homework relatively quickly (right after you finish this one episode … and then the next one …  and then one more … February is sad. We need television). Enjoy!

After a nuclear war destroyed Earth, the human race was forced to live in outer space on a station called The Ark. It has been orbiting their now ruined planet for hundreds of years. 100 adolescent prisoners are sent down in a pod instead of being executed. They’re now The Ark’s guinea pigs. They have to determine whether or not Earth is survivable (hint: it is). Season one is kind of slow. It’s not incredibly well-written and a lot of the characters do dumb things. However, if you stick with it until season two, you get to see amazing character development, much better writing, and better storylines. Also, you find out that the protagonist, Clarke, is bi. In this imagined future, sexuality isn’t really an issue (i.e: labels aren’t necessary and nobody questions who you choose as a partner). There are currently three openly queer main characters on the show (including Clarke) and the writers are planning on revealing more as the third season progresses. Seasons one and two are on Netflix. Go, go, go!

They’re not the protagonists, but it’s pretty exciting to watch a TV show that includes Marvel’s first on-screen lesbian couple, featuring a no-nonsense, coldhearted lawyer (whose original character in the comics is actually male) and her loyal secretary. The main character is a woman named Jessica Jones. She’s a P.I trying to make a living in New York City. She also has superpowers: super strength and the ability to jump really high. When a villain returns to try and reclaim her (he was supposed to be dead), she has to sacrifice everything to hunt him down and save Hell’s Kitchen from the most dangerous criminal Manhattan has ever seen. The writing for this show is just perfect and it’s really refreshing to see a female protagonist wearing comfy, practical clothes instead of high heels while she goes to kick ass. The character Jessica Jones is pretty much the closest TV has gotten to writing a woman who’s an actual human being. It’s a Netflix series, so go check it out if you can!

Sense8 is a Netflix series about eight individuals from all over the world who are psychically linked. The cast is very diverse in every aspect of the word (gender, sexuality, race, etc.). You get to follow different characters as they interact with each other, befriend each other, and even fall in love. The most interesting part is that most of them never physically meet.

Side Note: The writer/creator of the show (Lana Wachowski) has made some openly racist remarks in her public appearances. Her brother is equally as problematic, especially because of Cloud Atlas (a movie the siblings collaborated on). So if you’re still willing to watch the show despite these issues, don’t forget to acknowledge the problems with the media you’re consuming. 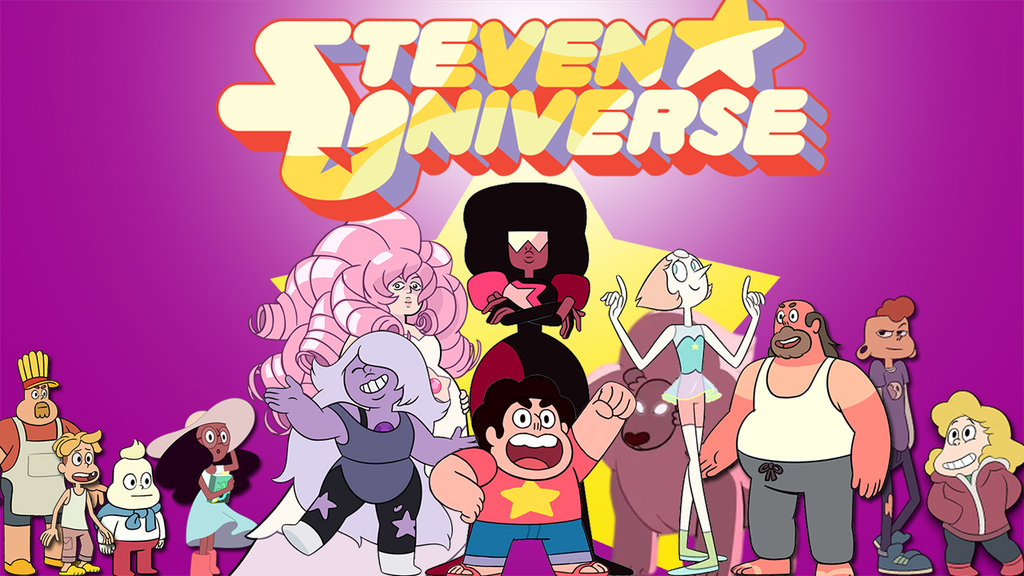 If you like cartoons and outer space, this is the show for you! A young boy named Steven lives in a town called Beach City with four gems who are actually aliens from another planet. Their names are Garnet, Amethyst, and Pearl. Steven is part gem, so his family must teach him to use his powers to protect his home. This show is incredibly adorable. The gems use she/her/hers pronouns, but it’s been established that they don’t necessarily have genders since they’re gems. Also, some of the gems fall in love with each other. Since they’re either female-identified or genderless (with Steven as an exception since he’s half-human), all their relationships are queer! This is technically a kid’s show (it’s on Cartoon Network), but that doesn’t mean you can’t enjoy it, too.

Gay vampires, a genderqueer mad scientist, a sorority of huntresses, and supernatural occurrences taken as part of everyday life? Yes, please! Small-town girl Laura Hollis gets more than she bargained for during her first semester at Silas University when her missing roommate is replaced by a messy, cookie-stealing vampire. Things get even more complicated when Laura and said vampire fall in love while trying to discover why so many freshman girls keep disappearing.

Side Note: Carmilla is a web series! Each episode is less than five minutes long. It’s slow to start out and incredibly cheesy, but in the most beautiful way. Seasons one and two are on Youtube now! Also, the show is sponsored by Tampax and most of the protagonists are women. Also, more than half of the cast/crew identify as queer. Also, yes, Carmilla is a modern adaption of Joseph Sheridan Le Fanu’s Gothic novel.

Did any of you read that YA demon-hunter series when you were in high school? I did (sorry not sorry), and now they’ve made it into a TV show! Teenager Clary Fray discovers she’s descended from a famous line of Shadowhunters– humans who have angel blood running in their veins. Their job is to hunt down and kill demons before they can wreak havoc on the mortal world. Again, this show isn’t queer-focused, but if you’ve read the books you’ll know that eventually two important male characters (Alec and Magnus Bane) form a stable relationship that lasts for the rest of the series. From what I’ve heard, the show’s still trying to figure itself out (so it’s cheesy and over-the-top in the best way) and it has just begun to explore Alec’s queer identity as part of his storyline. I haven’t watched it yet, but maybe I’ll give it a shot this semester.

Side Note: Physical violence trigger warning towards women/women of color.

Sarah Manning takes on the identity of a woman who could be her identical twin after she witnesses the stranger’s suicide. Manning soon discovers that she’s a clone. Beth Childs, the woman Sarah impersonates, is wanted by the government. Soon, she and her best friend, Felix, are thrown into a world of religious assassins and attempts at control over human life. Actress Tatiana Maslany plays several characters at once and takes on another role each time a new clone is introduced.