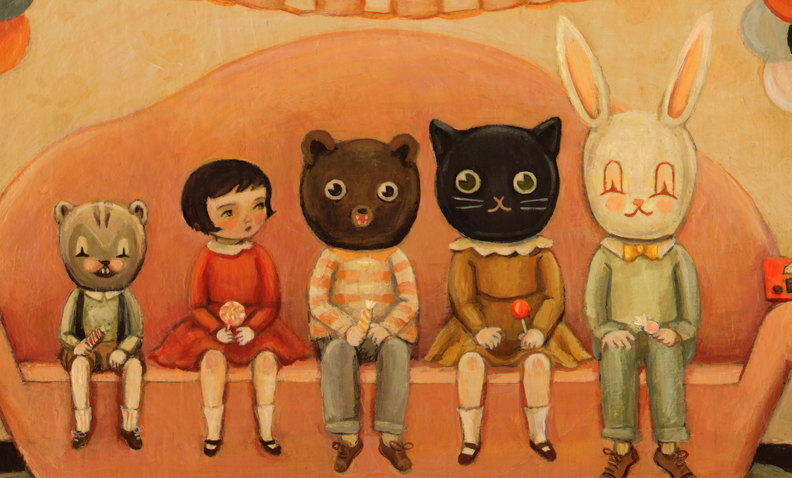 I’m the second from the left (via buyolympia.com)

Fall, 2015. The air is crisp, but still warm. You’ve only been back at school for three weeks and it feels like it’s been a lifetime. You’re being your best self, getting along just fine, when all of the sudden some motherfucker named Life decided to make things more difficult than they need to be. You know how you’re supposed to be healthy, with an immune system that knows how to do its job? Too bad. It’s time for illness.

Last fall, I found myself suddenly afflicted with a strange pressure in my head. I’d done a pretty good job of avoiding the Krud, which in and of itself is a pretty big accomplishment, but as the week wore on I started to feel pretty bad. I went to the Health Center, and lo and behold I had a sinus infection and would have to go on antibiotics to get it to go away.

At first, I wasn’t really upset that I had to go on antibiotics. I was relieved, after all, because the stranger pressure in my head wasn’t from a concussion like I had originally thought. Plus I had an excuse to go into Mount Vernon, if only to pick up my prescription from CVS. But as the initial excitement wore off, I began to realize that going on antibiotics meant that I wouldn’t be able to drink while I was on them.

Before you get too ahead of yourself, I’m fully aware that you don’t need to drink to have fun. Duh, of course. Everyone knows that. But what really complicated this was the fact that Deb Ball fell right in the middle of my pill regimin, and even though I was feeling better I had to continue to take the pills until I ran out. This meant going to Deb Ball sober.

I’ll start by saying this: the night was one of the most surreal of my life. In a certain sort of clarity that only comes with the realization that everyone surrounding you was eff’d out of their mind, everywhere I looked had something truly bizarre going on in some capacity. And by bizarre, I mean that nobody was really affected by all the strange outfits surrounding them, and everyone had seemed to settle into the idea that this was just another party.

I think it’s one of the best all campuses out there, if only because I was able to be there for over two hours, completely sober, and still managed to have a good time. That said, I can’t wait to see the madness from a more, ahem, enhanced perspective this year.