Warning: The following is semi-educational, and contains fowl language. not recommended for anyone who can’t handle mad skillz or patriotic puns.

The political season is officially upon us, and with only 5 days remaining before we decide the future of our country (seriously though, no pressure,) I want to draw your attention to another heavily contested battle in our nation’s history. Now, we’re all familiar with the E Pluribus Unum and the Bald Eagle holding the laurels in one foot and the arrows in the other, but did you know that designing this seal left the house of our Founding Fathers divided until 1782? Thomas Jefferson and John Adams both agreed that the bald eagle was the fierce, powerful bird America needed to maintain its facade of invincibility coming out of the Revolutionary War, but good old Benjamin Franklin wasn’t so sure, claiming the wild turkey was an apter representation of the infant nation’s spirit. Two local birds, locked in intense competition for the crowning position of America’s symbol. We all know how the debate ended, but I’d like to revisit the discussion. Inspired by the great Alexander Hamilton, I present a rap battle for the history books: Bald Eagle v. Wild Turkey. 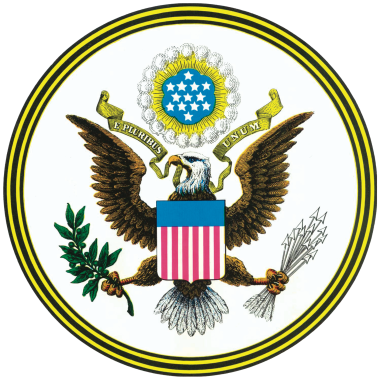 (Best read with a sick beat behind it.)

Presiding moderator Anderson Cooper’s Hawk: Welcome everyone to the first and only National Symbol Debate: the Battle of the Birds. Introducing our two contenders; the current symbol of these United States, Mr. Haliaeetus leucocephalus, and the challenger, Mr. Meleagris gallopavo. The honorable H. leucocephalus has the floor.

Yes, let’s give the people what they’ve been waiting for.

Eagle: Ladies and Gentlemen, I really must protest.

I mean, how in the world is this even a contest?!

Hello America, I am the fricking bald eagle!

Soaring high in the sky, I turn your blood ice cold

With my flashing, smashing talons and my gleaming eyes of gold.

And behold, I wind up stamped across all of their precious dough.

Yo, they needed a fighter, a fierce bird of prey

To keep the British from invading Chesapeake Bay.

No one will ever think that the state of our nation is weak.

Now, who should represent you, a warrior in the sky

Or a flabby-necked dunce who can barely fly?

When it comes to a symbol, there’s no stronger competitor.

C’mon people, you don’t mess with the predator.

Anderson Cooper’s Hawk: A strong defense from the current titleholder. Mr gallopavo, we now turn to you.

Finally! Let me show you what this bird can do.

Turkey: Oh, Mr. Eagle, in your vanities you revel

But I’m down-to-earth, so everyone get on my level.

I think we’re all sick of listening to you harp, sir.

I’m unique to the USA, this land was made for me,

I’m bold and colorful, my plumage so bright,

Because you see, America is much more than brown and white.

But I can also puff my chest up and really get aggressive.

All the hens agree that my figure is impressive.

When it comes to displays of strength, you’ll see I have no rival,

‘Cause unlike you I know a thing or two about survival.

But I don’t need any DDT to make you stop talking,

on eggshells. I’m the underdog, the humble dweller of the understory.

You may be a big bird, but you lack guts and glory.

Eagle: Oh say, can you see this imbecile on the ground?

I say Tom, do you hear how ridiculous you sound?

Strutting around, just puffing and waddling,

This is a real debate, so let’s stop with the dawdling.

And you say I’m hot headed, ha! Cut the charade,

You’re more garish and gaudy than the Macys parade!

I adorn every flagpole everywhere in every state.

The only place you look attractive is on a plate.

While no one wants to see you, unless it’s on their table.

On a Thanksgiving platter of your drumsticks piled high

Is the closest you’ll ever come to American pie.

Are you gonna cry? I’m thirsty, so someone fill my cup,

While I stuff you with breadcrumbs and then gobble you up.

You’re looking plump and juicy and I’m weary of fish,

What if I snapped your clavicle in two? I know I’d get my wish.

Anderson Cooper’s Hawk: Ooh, roasted! Can he recover from that or must he accept defeat? 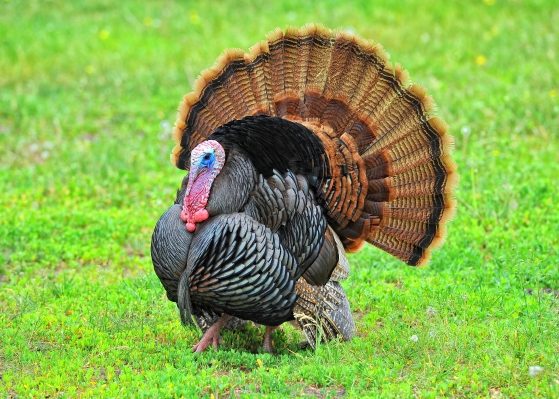 Can’t you see this country’s sick and tired of being at war?

But hey, at least one of us birds has some game.

You’re pathetic, if you thought those threats would frazzle me,

Did you believe you could ruffle these feathers so easily?

First, you eat so much trout they oughta call you halitosis,

And the way you feed is not so much predation as symbiosis.

You don’t hunt, you just hustle other raptors ’til they forfeit.

Under your name, it truly is the Bully Pulpit.

Even Ben Franklin knew that you lacked true moral feeling.

Face it, Baldy, you’re a fraud, no action, all talk,

Heck- they dub over your voice on TV with a red-tailed hawk!

But, I do get why old dudes in powdered wigs said yea

To a bird whose head’s turned white before his 5th birthday.

Well Kenyon, who’s got your support? Comment with your vote and remember, history has its eyes on you…