November 15, 2016 By Thrill staff in Commentary Tags: election, letter from the president 16 Comments 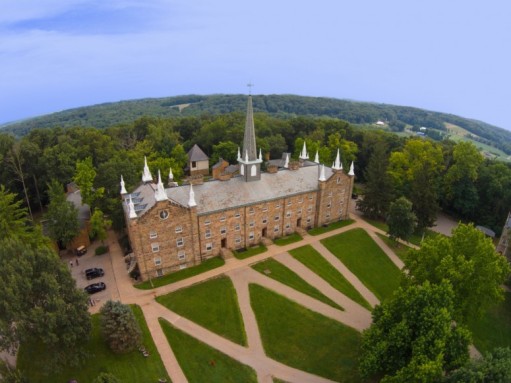 This piece was guest-written by President Decatur

Thank you to the editors of The Thrill for inviting me to share my reflections on the election. I published an initial set of observations last week on my blog, but after nearly a week of personal reflection, of listening to discussions on campus, and of observing events around the country, I have some additional thoughts to share with the community.

From its beginning, the campaign of Donald Trump featured statements and rhetoric that were racist, misogynist and xenophobic. This is not merely a partisan view; again and again these comments were condemned by conservatives as well as progressives. The presence of such rhetoric in our election system is no surprise. It is not even new to presidential politics: segregationist George Wallace ran for president four times, once receiving 46 electoral votes (and this is not ancient history; these were in my lifetime). Nor should we be surprised that racism and sexism are alive and well in the United States. Many of us had observed or experienced prejudice before November 8, and we fully expected that this struggle would continue (regardless of the outcome of the election) on November 9.

So, what feels different this time? One thing to remember is that it is not just the rhetoric of Mr. Trump himself, but the shocking and violent displays that accompanied him along the campaign trail, and that now threaten to become part of our regular, public discourse. The increase in hate crimes that has occurred after the election is real; the harassment of Muslim Americans, Latinx Americans, African Americans, Asian Americans and LGBT+ Americans at schools and on campuses around the country is real. If Mr. Trump is to live up to the standard of becoming a president for all Americans, it is time for him to firmly condemn this violence and commit to protecting the safety and rights of all Americans. As president of Kenyon, I state clearly that all members of this community are valued, and that those who feel threatened should know that I (and my colleagues on the faculty and staff) believe wholeheartedly in your presence in our community, and we will work hard not only to ensure that you are safe, but also to ensure that you thrive.

Another factor that makes this feel different is that Mr. Trump not only made hateful comments, he pledged to implement policies that will trample the rights of many. Several policies now under consideration (mass deportation, bans on Muslim immigration, stop-and-frisk policing, repeal of equal employment protections for LGBT+ people, among others) would have a direct impact on the lives of some of our community members. I know there will be continued talk of the “softening” or an evolution of these positions as a Trump administration takes power, but it’s difficult to feel optimistic. Those of us who are committed to protecting essential civil and human rights should get informed, get organized and work tirelessly on these issues.

We are a diverse community, and our community includes members who voted for Mr. Trump. I (and my colleagues) also believe in your presence here, and we fully support and respect your rights to express your political viewpoint. This is not an empty statement; rather, it is core to our mission as a liberal arts institution, one where ideas and opinions must always be expressed, respected and contested. I’ve listened, and I know that there are many reasons that you may have voted for Mr. Trump without the intent of endorsing bigotry. Fundamentally, the political diversity of our community is a strength, not a weakness. This campaign season has taught all of us the dangers of isolation, of engaging only with those with the same opinions, and of not developing an understanding or empathy of those who have different viewpoints.

Connecting and listening across lines of difference is essential for the future healing and success of our nation. I urge those at Kenyon who supported Mr. Trump to listen thoughtfully and respectfully to others here who are feeling angry and threatened by the election.  Too much of the media discussion in the past week has focused exclusively on how those who have felt directly pained and threatened by this electoral outcome have an obligation to reach out to those who voted for Mr. Trump. This one-sided approach is inadequate — the burden of building bridges should not fall exclusively on those who are feeling vulnerable. We will not develop a sense of empathy across the great divides that separate us unless both those who voted for Mr. Trump and those who opposed him follow the advice that Bryan Stevenson laid out so eloquently in his visit to campus earlier this year: take a risk and get close to those who are different from you, hear the stories and perspectives behind the pain they are feeling, and reassure them that you see, hear and respect their humanity.

Bruce Springsteen ends his great (but depressing) album Nebraska with the song “Reason to Believe,” each verse telling a Job-like story of a character facing loss but ending with the phrase, “At the end of every hard-earned day people find some reason to believe.” To our Kenyon students — all of you, regardless of political views or your vote in the past election — you represent my reasons to believe. If we are successful in our institutional mission, Kenyon will produce graduates who firmly reject bigotry; who understand that words have meaning and should be crafted with care; who speak and act with integrity; who address difficult problems with reason, analysis and evidence; who understand that knowledge and preparation are integral to doing a job well; who are curious about the world and others; who do not shut out or exclude people or ideas based on assumption or stereotype; and who believe that civil discourse has room for neither personal attacks nor the abridgment of basic rights and freedoms of community members.  This is what I hope you are learning at Kenyon — now, go put this into practice.