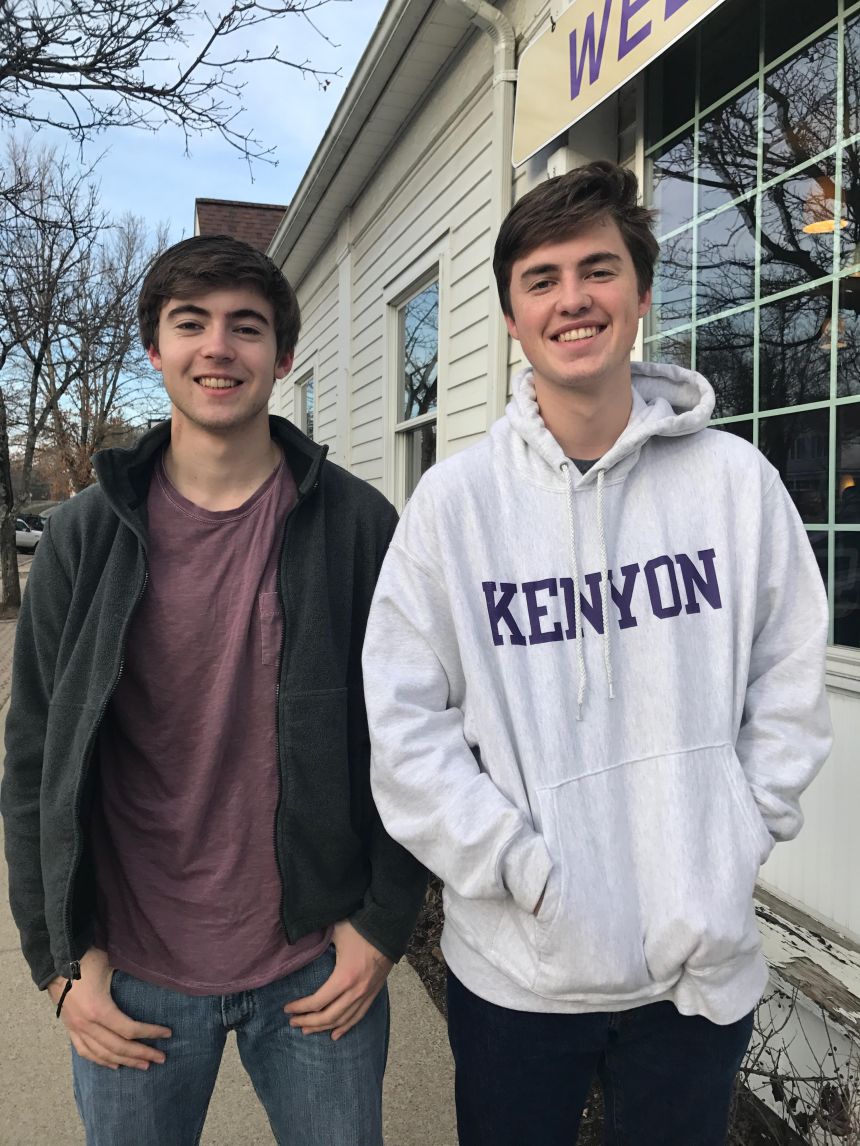 Sam Burke ’20 and Lucas Kreuzer ’20. Two young men, two different birthdays, two different hometowns, one shared face. Yesterday, I sat down with Sam and Lucas, doppelgängers and friends who found each other at the start of the school year. We discussed their origin story and what they do and don’t have in common.

Lucas and Sam discovered their sameness in October. They met at a party, Lucas sported a black eye from a rough frisbee game, and Sam was thrown off. “This guy doesn’t look like me, he has a black eye!” he thought. But, as the black eye faded, so did their physical differences. Lucas recalled the first time the two had connected one-on-one. They shared an Über ride on the way back from the airport post-Thanksgiving break. I asked them if they shared the car because they looked alike. They said no.

Our interview wound down, and I asked the doppelgängers for their final thoughts. Is it a blessing or a curse to have a non-biological twin? The two agreed, it’s “kinda cool,” and a “good conversation starter.” Still, the jury isn’t out on whether or not they are truly lookalikes. Only you can decide.