If Ohio had a cat it would probably be named something pitiful like Fluffy or Whiskers or John Kasich because when it comes to naming our cities, we seem to be somewhat unoriginal. Not only are we using the names of other places for our places, but we’re creating the societal expectation that our Ohio version will be just as good, if not better, than the original place. I’m not saying that it’s wrong to have duplicates–I love a good twin pack of deodorant from CVS–but the Fiesta Mexicana Express on Coshoctan Ave has  4 stars on Yelp and the Fiesta Mexicana on High St. has 4.5, i.e. sometimes a duplicate doesn’t quiet live up to expectations.

All this being said, let’s dive into these Ohioan, copycat cities to see how they stack up against their namesakes.

Dublin, OH: The original Dublin’s got Guiness™  and Liam Nieson™ . The Ohio version’s got the headquarters of Wendy’s™ .

East Liverpool, OH: HOME OF THE BEATLES!!! No, actually home of “the body of bank robber Pretty Boy Floyd, taken there for embalming.” Thank you, Wikipedia and America. 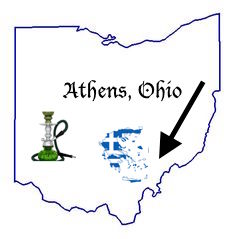 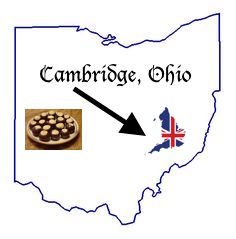 New Philadelphia, OH: Now here is a story all about how my life got flip, turned upside down. And I’d like to take a minute, just sit right there, to tell you how I became the duplicate of a place in Pennsylvania. They might be chillin’ out, maxin’, relaxin’ all cool in New Philadelphia, OH, but if Will Smith and Benjamin Franklin aren’t the town’s home boys, I’m not so sure it can beat the OG. New isn’t always better.

Sidney, OH: Nope, no shrimp on the barbie. Maybe more like tater tot on the plate.

Living in the wake of someone else’s shadow is never easy, Ohio. Just ask Peirce Pub about The Cove.