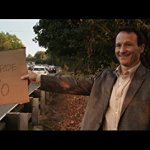 Looking for the Jackalope (2016) is the second film I have found (and probably ever) that was filmed on Kenyon’s campus, so of course, the parallels others have found with Liberal Arts are inevitable. Too in this movie, do we see (tell me those five little words) “a disenchanted New York writer” travel back to Not-Kenyon College to relive his nostalgic glory days of college and come to terms with his disappointing adulthood. (Too also is there a brief but questionable relationship with a teenage girl who acts as surrogate for a link to the past, but we’ll get into that in a minute.)  Written and directed by Karl Shefelman (class of ’80), our protagonist is named Jordan Sterling, but in the subtitles they said Jordan Voiceover a lot, so our protagonist is named Jordan Voiceover. He is a writer working on his second novel, and living a very nice life in a very nice apartment in New York City. He’s recently divorced, and hangs out primarily with his sassy literary agent who says things over fruity drinks in chic gentrified bars that only people in movies say like “You need to. Get. Laid.” (Erica points out that this is probably the first time the woman playing his agent has said that in her life.) I really don’t feel bad for this man at all. He’s a writer who has made it for God’s sake. He’s doing pretty well.

“The sky is bright with the heat of lovers” –Jordan Sterling, Looking for the Jackalope

So he’s working on his second novel and he’s stumped because he is trying to outdo the success of his first novel, a book about a hitchhiking road trip he took with his college girlfriend after graduating. This man never thinks about anything else, nor is he able to write about anything else it seems, I assume, because he has had no other life experiences. It’s been twenty years, and he has brought up this story to other people independent of the topic of conversation about eight times. When his girlfriend from college (and the novel he wrote?) calls him up to ask if he’s going to the reunion, Jordan Voiceover embarks on a journey to Not-Kenyon, to rediscover himself and the virtues of adulthood and some bullshit.

Jordan’s college girlfriend Jennifer calls him up on the phone and her opening line is “Is this Jack Kerouac of the 1990s Jordan Sterling?” Maybe it’s just me but Jack Kerouac and 1990s contradict each other in my head. I don’t know if the dialogue in this movie could not be more first level, the main character says “I’m living in the past” outright in conversation a dozen times at least. The moral of the story is stated three times, once in the beginning of the movie, once in the middle and once at the end. Jordan also has to be at most 5’4”, which I only mention because he’s so conspicuously shorter than literally every other character in the film. His smile also chills former my unfortunately frequent collaborator Erica Christie to the bone. 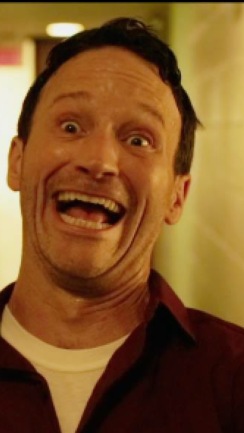 “She literally called him up before the reunion to certify that the two are going to bone when they get there! They’re both recently divorced, she is calling to confirm that he will be there to bone!” –Erica Christie, watching this movie

Jordan still has a flip phone in 2017, and the movie frames Jennifer as more a symbolic representation of a time and place in this guy’s life than a real character, meaning basically she’s a mouthpiece for this guy’s notion of the past as opposed to a person. Jordan’s love of the past is also personified via a jackalope that exists as a voice in his head. The jackalope talks to him and the audience is meant to accept this. He’s also voiced by Stephen Root, a real Hollywood actor you probably know if not from Dodgeball or Office Space, then as one of the villains from Get Out. 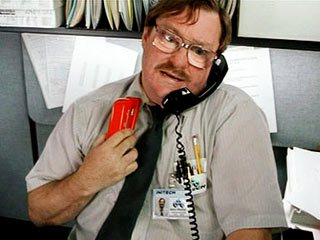 After missing his flight to Ohio, Jordan takes a train to Trenton, tries to hitchhike across the state to a truck stop, fails to get a motel room, steals clothes from a diner (filmed in honest to God Southside), all to finally get to the reunion. He is thought to be homeless, smashed over the head with a glass bottle (and carrying a massive headwound across the states), kicked out of every place of refuge, loses his wallet, dirties his clothes, and nearly dies, all while spouting literary gems into his tape recorder. The tape recorder is a bit of a mystery, maybe it’s part of the writer trope, though Erica, my roommate Michael, and I theorize that this man believes that it is still 2003. Living in the past indeed.

He then takes an RV the rest of the way with a black family which the movie codes as being dangerous, I’m pretty sure, at which points he has them drop him off at a children’s hospital in Columbus (which is just the Mount Vernon hospital). They do this because the friend Jordan is staying with is named Dr. Jim, and he works at this hospital. This scene in particular is important because it shows us the ugliness that lies behind this film. It’s not just the acting, or the dialogue, or the filmmaking itself. The cinematography is quite good as a matter of fact. The ugliness of this film, what makes your average viewer leave the movie feeling dirty and vaguely unsettled, and what made my cohort Erica repeatedly shout “This is a work of evil!”, is not just the protagonist’s hellish smile. It’s the boundless narcissism the main character puts forth in every single frame.

I have to move on. They eventually get to Kenyon and it’s horrific and fun to watch Kenyon in a movie. All of Kenyon too. Leonard, Bushnell, Manning, Old Kenyon, Peirce, Ascension, Smather, etc.  Doc Locke is in this movie for one brief but brilliant moment, in which he plays a fellow alum’s husband too drunk to speak or keep his eyes open.

So, when he meets his ex-girlfriend, she’s very strange and aloof, completely at odds with the whole Call-Up-Before-To-Make-Sure-You-Can-Get-Laid thing that incited this trip. He hates Whitley (read: Kenyon) the moment he gets there, also. She tells Jordan that she just finished up her thesis on a “post-feminist romantic analysis of America since postmodernism” which, for all non-theory people, is so vague it’s essentially meaningless. Postfeminism does exist, by the way, but it is debated because “it implies that feminism is dead” or over. Regardless, the sentence Jennifer states is essentially meaningless. We find out at a dance in Old Side of Peirce that actually Jennifer is married, and lied about being divorced because (…um…) WOMEN AM I RIGHT? This prompts the main character to say, “She didn’t come here to see me. She came here for the reunion.”

As always I have so much to tell you. There’s a scene where someone throws a glass bottle at him from outside a moving car window. And of course there’s Ginny, a teenager Jordan meets on the train that starts talking to him because he brags about having “read The Odyssey once.” Here’s how it goes down:

“Oh,” I said, “He’s going on an odyssey now. He’s Odysseus, and the shrooms are the bag of winds. He’s gonna like encounter shit like a modern odyssey with cyclops and shit like in O Brother Where Art Thou?”

“Chris,” Erica said. “You are giving this movie way too much credit.”

“Yeah,” Michael said. “This movie’s not that smart.”

The climax of the movie shows Jordan Voiceover eating every single mushroom at once, despite only eating them because his friend Dr. Jim suggested they do them together. Dr. Jim tells Jordan he’s a narcissist, and makes fun of him about also sleeping with Jennifer in college (in a really questionable way). He also says he doesn’t know what to do about his forever “sucky life,”  and there is a moment where the viewers of the film have to pause to ask themselves if this is not too the future that awaits them, as it has been for so many others. I mean, here we are, another movie about how adulthood is terrible and Kenyon was the best time of our lives from another Kenyon alum. What’s to stop this time of our lives from being our favorite? What if the next three-fourths of our lives really is the disappointing sequel?

“This is what Kenyon would look like,” Erica said, “if we weren’t young and cool and beautiful. What if we look like this to the world in twenty years? I mean I can’t imagine not being with it, being so far outside of what is cool or okay. What if this is how we’ll look in twenty years, thinking we’re funny and important and have good things to do and then it’s just this? It’s just this movie.”

I Can’t Believe I Saw a Penis!

The movie’s climax comes from a CGI jackalope who appears via shroom-trip and tells Jordan Voiceover to tell Jennifer (who remember is married) how he truly feels about her, and how to recreate the past he’s so fetishized. Keep in mind, just before she told him she was married, she also told him that he way over-romanticized their trip in his novel. So he’s already got the jackalope telling him that he’s a fool for not seeing that she was really using him to sleep around. The actual quote is “She was just a little girl looking for a daddy.” Yikes. Jordan then completely deliriously high on shrooms breaks into Bethany Hall, confronts Jennifer after a shower (towel hiding presumably a baby bump) and after spouting nonsense to her, her partner walks out. That’s right, big plot twist Jennifer’s a lesbian!!! The movie thinks this is a big deal. This is how Jordan gets over this. Encouraged by the fact that his ex-girlfriend is married to a woman, he uses a sign outside the hall to kill his imaginary CGI jackalope, and in doing so, is free from the past. He then completely strips down to nothing, and we see his dangling penis in full, complete full-frontal nudity, shouting “I’m free I’m free I’m free!” and this, he tells us, is the fulfillment of The Odyssey reference, in his being reborn naked on the beach. Even though that happens in the middle of The Odyssey. It doesn’t matter. He’s freed by believing that she was not a true girlfriend to him once,

Jordan Voiceover turns this experience into his new novel, and he’s right back on top. He goes back, learns to live in the present, blah blah blah.

Look, it’s obviously much more difficult to make a film than to write a shitty article about it. I have no qualms about that. This was a Kickstarter project, and it obviously came from a personal and passionate place. The director and writer Karl Shefelman is certainly a talented storyboard artist, he’s worked for several big-budget Hollywood movies before. I don’t know if I could make that kind of film today. But my God, this protagonist is the most conceited self-centered and bitter person I have seen in a long time, and this film is marred by that more than anything else. Well, that and the screenplay. And the unnecessary penis. And the phrase “Jack Kerouac of the 1990s.”

I’d recommend with friends and gin.