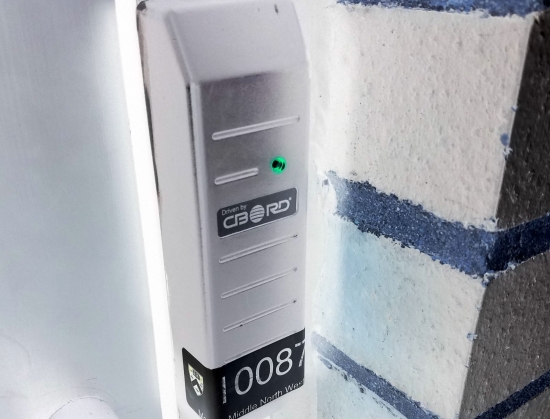 Kenyon likes to boast about how all our doors lock like they are supposed to. However, the Caples door reportedly doesn’t lock in the winter and there’s a door on the far side of Mather that you can apparently just rip open. But this story isn’t about either of those doors. This story is about a time when I went to one of the Mather doors, other than the one that you can rip open, put my debit card up to the card reader, and opened it.

I’m a sophomore and I live in Mather which is, like, fine, it’s whatever, I don’t wanna talk about it, okay? One night early last week, I was walking home at night after rehearsal with my dear friend Sabrina, who also lives in Mather.

We got to the door, the one by the bulletin board in the breezeway that leads to the upper floors, and were doing a bit where we were fighting over who got to open the door. It’s not a very good bit, I know, but you gotta find the fun where you can. Anyway, as the bit (which was nearing a minute long at this point) was reaching its end, I raised my wallet to the card scanner, and, Reader, it beeped a beep of recognition and opened.

There’s one problem with that, though. One side of my wallet has my K-card and Kroger card and the other has my debit card. And the side that I raised to the card reader was the debit card side. Now, I don’t know how it happened. I don’t know science. Maybe my K-card was close enough to be detected, but I doubt it. Maybe it was a fluke. Maybe Kenyon has implemented a policy where you can bypass the restricted K-card access by paying a dollar. I wouldn’t doubt it. All I know is that it happened, and that I am changed.

“I had an experience. I can’t prove it, I can’t even explain it, but everything that I know as a human being, everything that I am tells me that it was real. I was given something wonderful, something that changed me forever: a vision of the universe that tells us, undeniably, how tiny and insignificant, and how rare and precious we all are! A vision that tells us that we belong to something that is greater than ourselves, that we are not—that none of us are alone! I wish I could share that. I wish that everyone, if only for one moment, could feel that awe and humility and hope.” — Jodie Foster, Contact (1997)

new where’s it at w/ CHK + MA 🔥floor is lava edition🔥 link in bio
the end of an era
AHHHHH!
happy #purplefriday to all the barbz out there
fuck it, punk alums and administrators
for all of our haters xoxo