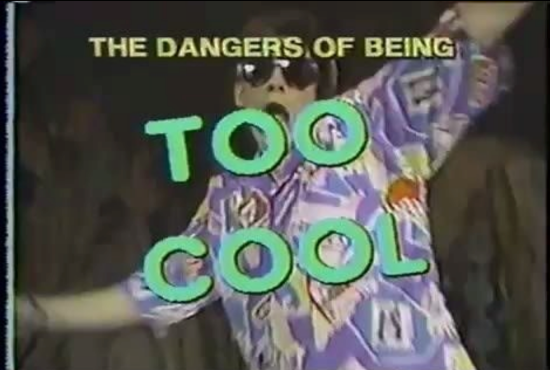 Here at the Thrill, we love breaking the rules. Perhaps you read our feature on the library after dark. At least, you know that the ethos of this publication is rebellion, whether we like to accept it or not. I have never broken a rule in the name of the Thrill, but I know that accounts of my poor choices will always be welcomed here.

Today, my guys, this all changes. I am here to tell you the story of me breaking into a fenced in modular unit and hotboxing the shit out of one of its study rooms.

The pods objectively suck. There is nothing within me that wants to study in a portable. The last time I had a class in a portable I was in the fifth grade; it was art class, and it always smelled like ham. Honestly, the public school system failed me then, and I thought Kenyon was above these gross insults to the beauty of this campus. I guess I am wrong.

With that, the school chose all of the absolute worst places to position the incoming modular working spaces. Instead of finding a place less conspicuous, they slapped them right in the middle of our lives, and we’re pissed. Looking at them day in and day out makes me want to die. And I won’t truly get to enjoy the spoils of Graham Gund’s self-indulgent objet d’art that will be this new library. Because my tuition won’t be going down to account for the fact that I don’t have a library, I am going to do everything in my ability to protest this change.

And that’s why I broke into the pods between Watson and Norton.

It was a tepid Spring night in Gambier, the type that puts you in such a good mood that you would willingly walk from Old K to the New Apts without even complaining. I left an NCA with somebody who was essentially a stranger, preparing to go on a walk that I knew would probably end up with me coming home in the previous night’s clothes at dawn. As we walked across the street to Middle Path, not really sure what or where the end game was, he hit me with the best idea I had heard in a long time: “Wanna climb over the fence and see if we can get into the pods?”

Of course, because I am not a regular girl, I’m a cool girl, I had no hesitation. Also, of course, this is a lie. Visions of being called into a nonexistent principal’s office danced through my head. Could I be expelled for this? Probably. Was it also something I was going to do in the name of seizing an opportunity? Definitely.

We approached the pod and pivoted around to see if anybody was there, kind of like you do when you want to gossip about somebody in Wiggins. He lifted up the fence for me to climb under, and I rolled over the wet grass. There I was, on the other side of the threshold. I stood in a moment of brief panic, alone and locked in while he tried to find the best place to climb over. Perhaps, this is what Virginia Woolf meant when she wondered if it was better to be locked in or locked out. What if he ran and I was just stuck here?

Luckily, he didn’t. We were both safely on the other side of the fence. Much to our surprise, the dipshits monitoring the pods left the keys in the door. It was like they were asking for somebody to come inside.
The pods are not cute from the outside, and they are just as ugly inside. They look kind of like just as much of a construction site inside as they do out. At this point, there is no furniture, no power, and the floors need a good sweep before they become inhabitable. We stood there in the dark for a moment, not really sure of how we were going to proceed. Do you sit? Do you stand? Do you wait to kiss this person you kind of have a crush on now or later? We walked around tentatively, opening doors to reveal more rooms that looked identical. Both of the toilets were sealed with duct tape and certainly not hooked up to plumbing yet, but it felt like we were already breaking a big rule by being here in the first place, so we used them anyway.
As we reveled in the novelty of breaking the rules, we found ourselves in the corner room of the pods. It was the smallest space, with a single window that was clearly put in to boost the morale of overworked students. He turned to me, both of us still trying to one-up each other in how casual we could be about this situation: “Wanna get high?”

Of course, I accepted. We closed the door and sat down on the floor of this room. There is always a novelty that comes with smoking indoors. No matter how not big of a deal it is, smoking feels like an outdoor activity and thus, to smoke inside anywhere is rebellious in itself.
He turned to me, “I kind of feel bad about getting ash on the floor”. Clearly, we were already breaking the rules by fucking with the pod in the first place, but our moral dilemma came from ash getting on the ground. We recounted our respective nights and all of the questions you ask somebody while you wait for somebody to make a move. I looked around and continually picked up my phone to check it between lulls just to repeatedly realize it was dead.
Before I knew it, I was baked and hyper-aware of my surroundings. We spoke mostly in whispers, and I thought about the irony of us whispering while we flagrantly hot boxed this room we shouldn’t even be in. But, I guess we both had an unspoken agreement that we would pick and choose which rules to follow.
The hazy smoke of this small room just got thicker as time went on, and we both agreed that even if we were to get caught, that this was well worth it. He pulled out a cigarette, and I stopped in my tracks:
“Cigarette smoke sticks. You can’t smoke in here.”
“We’ve already come this far; if we’re going to get in trouble, we’ll get in trouble whether I smoke this in here or not”

Can’t argue with facts. It was a Parliament, and I fucking hate Parliaments, but I let it go because this boy had kind of grown on me. We shared said cigarette and breathed in the lingering fumes of devils lettuce. As I said, the pods are severely lacking in ashtrays, so we both agreed that the best plan of action was to ash into the vents. I couldn’t tell you why, but this was the only moral hang up that I had. I don’t give half a shit about pissing off administrators, but I did think about some poor kid with asthma just trying to study in there in a few short months and not being able to.

Deep in high thoughts about the morality of this whole thing, I thought I heard a noise. We both turned around sharply to see that it was nothing, just a standard middle of the night Domino’s car pulling up to Watson. I crouched below the window, hoping that whoever ordered that pizza was eating it peacefully after a drunken night out.
At this point, the two of us were just reveling in how we got away with this. I felt like a smug piece of shit. We were not home free yet, but we both seemed to know that Campo wasn’t going to see us and the Domino’s drivers don’t give a shit either way.
Eventually, we both agreed that we had sucked all out of the novelty out of smoking weed in a modular unit and decided to head home. I can confirm: after stepping foot inside one of these bad boys, the rest of the world pales in comparison.

I know that writing this, even anonymously, precludes many of you from being able to follow in my footsteps and break into a pod. I know that the administration is probably reading this right now (While I have your attention: Please listen to students! All of you don’t seem to give a shit! Except for you D-Cat you can do no wrong, love you), and they will probably lock down the pods as a result.
But that is all okay. You, too, should find a place to smoke weed that you shouldn’t: whether it be an academic building, your professor’s office or the KAC locker room, and just go for it. I even suggest you take along a practical stranger with you.

As I walked home in the previous night’s clothes the next morning, I knew I had done a good thing. I knew that I had stuck it to the man. Maybe you could call it heroic, perhaps even fearless activism against the gentrification of our dear Alma Mater, but I would just say it was all in a days work.