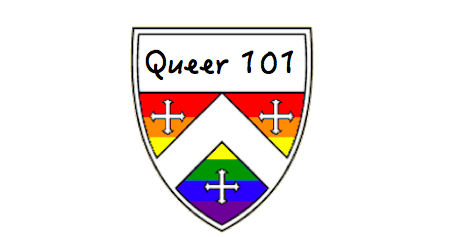 Cw: transphobia, recent threats from the Department of Health and Human Services

Kenyon, I’m trans and I’m exhausted. I’m not the only one. If I were, I’d have quit by now. There’s a panel in Hayes 109 on Friday at 4 p.m., but there’s so much more to supporting trans students at Kenyon than going to one event. Come to the panel, listen, and ask yourselves how you can fully commit to supporting us. It’s important to show up for trans folx, but active allyship isn’t just about showing up. The keyword here is “active.” This kind of work involves effort. My co-conspirators and I are getting tired of doing activist work all on our own. The Friday panel on trans resources and allyship (in response to this bullshit) isn’t just a stand-alone affair. It’s an invitation. I’ve said it once and I’ll say it again: do you want to learn how to make this community safer and more inclusive for everyone? Then bring a notebook because it’s time for the learning to begin.

This isn’t the first time The Thrill has taken a look at Kenyon Activism. Folks here have a history of only showing up when absolutely necessary. But it’s not just about the lack of attendance at ODEI-sponsored lectures or campus-wide discussions on the importance of diversity. It’s the everyday things, as well.

It’s you misgendering me, despite having known me for an entire semester (or an entire year). It’s you using the phrase, “this person identifies as nonbinary” instead of saying, “this person is nonbinary.” It’s you using the term “female” when you mean “woman” and “women” when you mean “people with vaginas.” It’s professors doing roll call and calling out birth names– names we’ve let go because they don’t speak to who we are. These seemingly small erasures, sometimes committed by the same people who call themselves “feminists” and “allies,” reconfirm the all-too-dominant idea that trans people do not exist.

We do exist (otherwise, who would be writing this article?), but the assertion that we don’t continues to coalesce into a series of governmental propositions. In other words, if you don’t strive to actively support us whenever you can, our human rights begin to go away. Let me be clear– support doesn’t mean using the correct pronouns or terminology. That’s basic human decency and it earns you no rewards. Support means researching LGBTQ+-related propositions before voting. It means protests, panels, projects, and collaborations. Most importantly, it means taking the steps to change campus traditions, cultures, and behaviors so they don’t erase, ignore, or neglect trans and nonbinary individuals.

It’s AST changing “sisters” to “siblings,” it’s The Kenyon Thrill hiring a trans Co-Editor in Chief, and it’s Adelante calling itself a “Latinx Student Association.” It’s a cis person saying, “Cat uses ‘they'” when the person misgendering me somehow doesn’t hear me after I’ve shouted, “they!” about fifty times in our current conversation. It’s a classmate asking a near-stranger, “I’ve noticed our professor has been misgendering you. Do you want me to correct him?” and it’s a friend from the Writing Center telling a student her professor is wrong for asking her to replace “they” with “he or she.” This is just the small-scale stuff. It’s easy to do and it makes trans Kenyon students feel so much better.

Come to the panel on Friday to learn about larger-scale support from actual, real live trans people. Help me get some sleep by being an active ally, even when there are no trans people in the room. Unity House and Gender Group don’t like doing things all by ourselves. We want to make connections. Join us and become co-conspirators.

Yours in Perpetual Resistance,