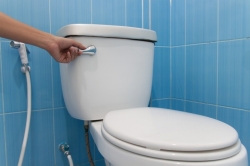 There seems to be some confusion on campus about whether the phrase is “to flesh out” or “to flush out.” Only one is correct and yet people use both as though they are interchangeable. It’s an epidemic. As comedian Gary Gulman once said, using the wrong phrase is the “verbal equivalent of spinach in your teeth.”So, I’d like to clarify this once and for all.

“I think you could really flesh out that idea.”

“I think you should develop that concept.”

“I think you could really flush out that idea”

NOTHING! THAT MEANS NOTHING!

Please. Spread the word. You wouldn’t let a friend walk around with spinach in their teeth would you?