October 29, 2018 By Chloe Hall in Features, Uncategorized Leave a comment

Welcome to In the Studio, a feature dedicated to exploring some of the fantastic independent musicians at Kenyon. This week, we showcase Vincent “Vince” Lewis, a physics major and guitar player in his band, Mangoland.
Mangoland is based in Chicago and comprised of Vince and some of his closest high school friends who share his love and talent for music. He has managed to be a student while using weekends, breaks, and even google drive to continue writing, producing, and performing with the band. 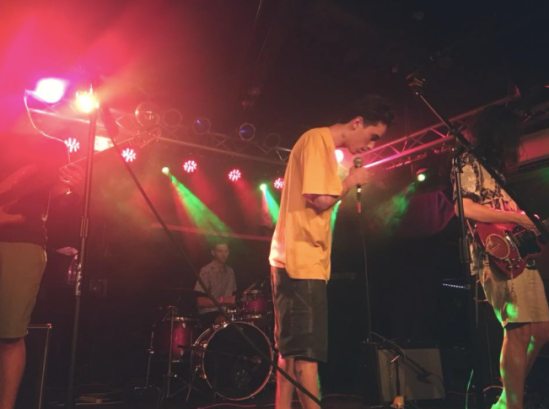 Mangoland has seven members, all friends from high school. Jackson and Vince play the guitar, Ryan plays the bass, Randy plays the drums, Owen sings, and Spencer plays the piano.

Vince answered a few questions about his extracurricular artistic pursuits:

How did the band first get started?

We played with each other throughout high school casually and only got together as an official band over the summer of 2018. 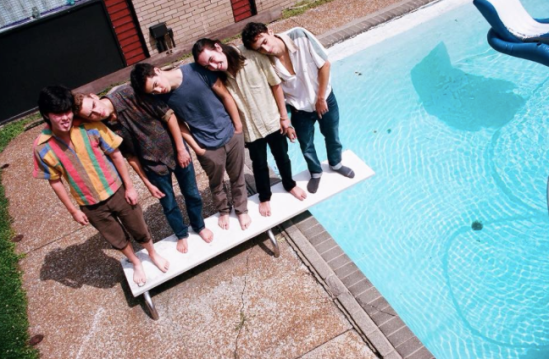 How would you describe your style?

The band is blending jam band aspects with modern sounds of rap and pop. All of the members give their all at all moments in the song. We are also fully capable of full band improv including freestyle rapping and singing.

How has it been with all of you in school in different parts of the country?

It’s been very difficult being at Kenyon. We have a google drive where we bounce and record song ideas with each other, but our band is based on real-time jamming, so it doesn’t capture the same type of practice [we get in person].

What’s next for you guys?

We are releasing a self-recorded and produced album soon and will hopefully gain more attention as well as bigger gigs.

You can like Mangoland on Facebook (@mangolandband) to stay tuned for new material and local gigs in Chicago! Below is a live version of “I’ve Been Searching (For Awhile Now)” from their album “Alaska,” released this past summer.