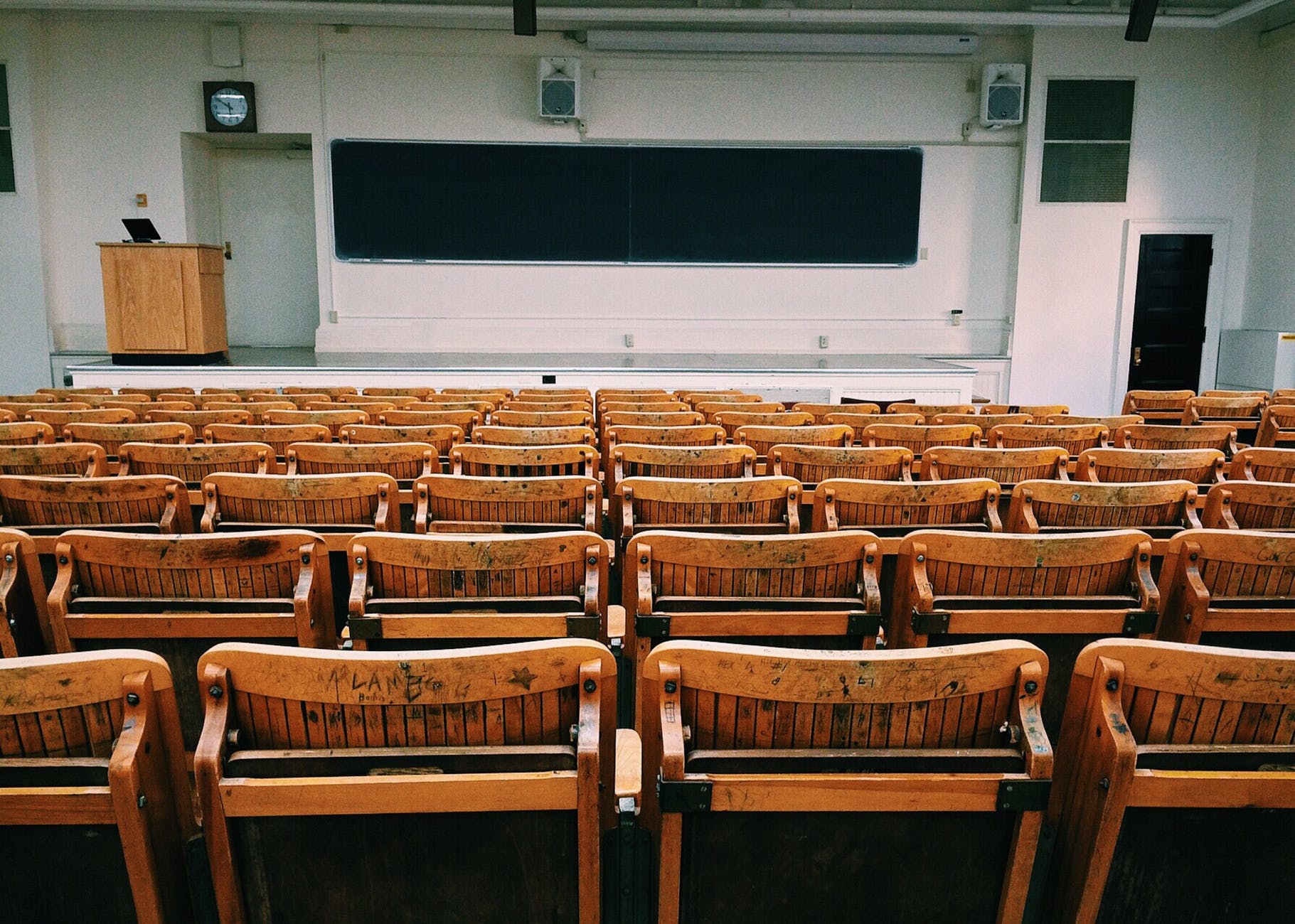 Photo by Pixabay on Pexels.com

“I have to be careful—I’m picking the seat I’m going to sit in for the rest of the semester.”

“I’m up earlier than I usually am, because someone stole my seat yesterday and I’m gonna get there super early and sit in the front row and say yes, don’t take my seat again.”

Assigned seats. We all remember when we were forced to sit in alphabetical order, even though John S. was the worst and always kicked the back of my chair, but Sm comes before St. Those were the facts of life, like when uniforms were the only thing that you could wear. Then high school came, and we successfully (mostly) made it out of the uniforms but often times couldn’t escape the conditional training of being told whose desk to put your feet under. Some teachers let us break free from that miserable existence, while others enforced it like we were in third grade and couldn’t sit still.

Now, we’re in college (I think? Time is fake on this campus) and the subtle influences of childhood still weigh on us. We want to belong somewhere, to establish a presence that screams “I am here and am sitting in the front row even though I’m six feet tall because I’m an asshole.”, or, “I’m choosing to sit in the back even though I’m 5’3” and if you force me to move forward I will kill you.” There are a lot of ways to maneuver around a participation grade, after all, whether it’s a round table or a poorly organized lecture hall. You can choose to sit in the back and scream down to everyone, or sit in the middle of the “neatly” organized “round” table setup in Lentz and embrace your head’s status as the permanent swivel it will become as the professor walks around the room like nobody’s business.

We love to establish meaningless authority over something. Honestly, it might be because we don’t have any say over what happens to us outside of this little bubble that is Kenyon’s campus. Maybe we assign ourselves seats to fit into this crazy world of ours. If sitting in the farthest corner of the room with the best vantage point is your goal, then go for it–take what you can while we still have the opportunity to do so. In these classrooms, we have voices, and we have asses to put into uncomfortable and sometimes rolling chairs. Let’s put them to use.