I haven’t seen any of the movies I have reviewed, but I am psychic so these are definitely accurate.  The rating metrics should be self-explanatory and if they aren’t, go read a book.

Genre: Dark Comedy. A movie about a man in a cape who thinks that he is an app. Watch as a family and a small seaside village are torn apart trying to convince him that he isn’t. Think Lars and the Real Girl but it isn’t Ryan Gosling so who cares. 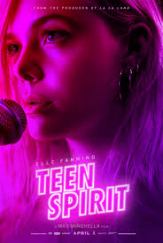 Genre: Raucous thriller. Tune in to this dramatic thriller if you’re interested in watching eleven thirteen-year-olds and one tween conduct a moonshine bootlegging operation. Oh, and did I mention there’s also one tween. One of the Fannings (Dakota?) plays the inattentive mother who wastes her days away drinking her children’s moonshine and singing karaoke.  Pretty good acting, Fanning could be worse.

Genre: Horror. Don’t let the poster fool you. When a family of penguins is exposed to extreme radiation and somehow survive, it isn’t cute. Unless you think babies being murdered by radioactive penguins is cute. 10/10 would NOT recommend.

5. How to Train Your Dragon: The Hidden World

Genre: Animation/drugs. Are you into cartoons? Are you into dark love stories also about heroin abuse? Well, then this is the movie for you. Through the medium of animation, this film follows the hidden world of heroin or “dragon” as it is sometimes referred to. While the animation is beautiful (the drug is personified in the forms of actual dragons), the plot is not as fleshed out as it could be and so the story falls a little flat.

new where’s it at w/ CHK + MA 🔥floor is lava edition🔥 link in bio
the end of an era
AHHHHH!
happy #purplefriday to all the barbz out there
fuck it, punk alums and administrators
for all of our haters xoxo