October 16, 2020 By Molly McLaughlin in Culture Tags: hair cutting, he cut the WHAT?, investigative journalism, philander chase Leave a comment 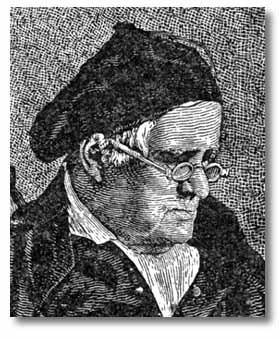 “He dug up stones, he chopped off hair,

During the student’s time of prayer

He begged at every provost’s door,

To let him stay at Dartmouth more”

In 1794, 19-year old Philander Chase wrote a letter to his brother detailing a scandal in which he had allegedly cut a freshman’s hair during prayer time and was consequently “suspended from College, publicly admonish’d & fin’d 12 dolr.” According to Chase, this would have all been lifted had he agreed to become an informant for the college administration, which he refused, because “snitches get stitches” apparently existed in 1794.

Anyway, let’s take a look at Philander’s punishment: suspended for six months, publicly admonished (he doesn’t give us any details about this), and fined twelve dollars (~$284 today).

I wanted to find out what the punishment would be for the same crime at Kenyon in 2020, so I contacted the Director of Student Rights and Responsibilities, James Jackson, who told me he “would likely receive a sanction of suspension which would require him to withdraw from classes, leave campus, and have a permanent transcript notation.” So the suspension remains! At least modern him wouldn’t be publicly admonished. I do have a feeling the investigation would be a bit more thorough today. The 1794 investigation hardly happened; the trial consisted of Philander standing up and declaring his innocence as “the evidence they had against [him] was but one only [sic]. This was [his] enemy from the time of his entering the College and had previously known to say he wish’d he could have an opportunity to get [Philander] expell’d from College,” his friends writing a letter of support, and a rejected coercion into informancy. You can find the letter here— it’s very entertaining and I recommend it if you’re looking for 18th century drama.