My heroes together. (via whosay.com)

With @WhatleyKathy and @NugentGeorgia @CICnotes CAO Workshop in Baltimore! Having a blast talking with academics! XX

Gunn spent the majority of his career as a faculty member and dean at Parsons The New School for Design, and would be no stranger to the collegiate environment. Yet, I can’t help but look on with a little pride as our most fashionable former president met the world’s most famous fashion guru. Hopefully his meeting with the Nuge brought a little joy to his life after a particularly dreadful season of Project Runway and reinvigorated his life with a rousing philosophical discussion. That being said, we’ll never know what kind of magical conversations went on between them, just that they may change the world forever.

Pizza muffins apparently do exist elsewhere, as evidenced by my Google search. (via kuchen2015.xyz)

God bless Peirce Hall. Behind those heavy wooden doors lies a world of culinary experimentation unsurpassed by the most modern molecular gastronomy. Recently, special attention seems to have been paid to the Hearth station, where Chef Meagan seems to enjoy concocting exciting pizza-themed starches, as exemplified by last semester’s pizza muffin, and last Friday’s pizza waffle. But why stop there? Here, I give my humble opinions for some delicacies that could tickle the pizza-prone palate of any college student.

1. Pizza semifreddo. This Italian dessert could translate into a three-part frozen mousse: marinara, mozzarella, and essence of Canadian bacon. Together they’d make a frozen concoction that could be served either on a big cookie, or a savory cracker!

END_OF_DOCUMENT_TOKEN_TO_BE_REPLACED

The Nuge: Most remembered for her amazing and wide array of purple clothing.

Senior year is weird. One minute you’re a child, lost in the big world of Gambier, and the next you’re looking back and saying, “Hey, things have changed slightly? Were they always this way? No, I guess not.” And then judging younger people for not knowing the same things we do. But one of the biggest changes in the past four years? The passing of the presidential torch from S. Georgia Nugent to Sean Decatur. Here, we have some seniors give their thoughts on our former president.

She had some really atrocious purple Ugg boots that I once saw her in at the Post Office. It was the dead of winter, but I don’t think that makes it ok?

END_OF_DOCUMENT_TOKEN_TO_BE_REPLACED 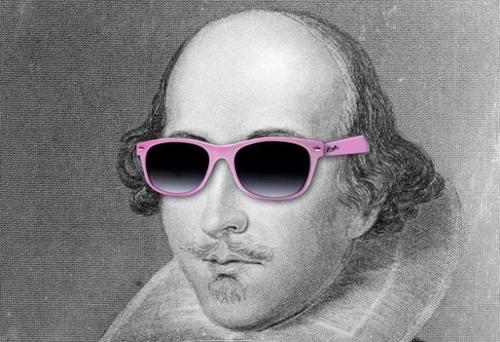 “I’ll call for pen and ink and write my mind.” -The Bard (via Boston University)

We all know Kenyon is a place where people think deep thoughts, and probably write about them. Well, we want to know what you’re thinking! The Thrill is soliciting for your “heart posts”–things you care about, and want other people to know about. These can range from issues on campus to stories about you to your opinions on the world at large! We’re interested in anything and everything in any tone, so long as it’s interesting and it’s a topic you’re passionate about. If you’re interested in the details of submitting, read on Macduff! END_OF_DOCUMENT_TOKEN_TO_BE_REPLACED

Adriana López Vermut, sister of Leopoldo López ’93, has created a Change.org petition asking the General Secretary of the Union of South American Nations to intercede, and allow the International Committee of the Red Cross to visit the prison where López is being held.

Leopoldo López has been a prisoner in Venezuela since February 2014, and has been on a hunger strike since May 22, 2015. Begun by López and fellow political prisoner Daniel Ceballos, former mayor of San Cristóbal, the hunger strike now includes more than thirty-four individuals. López Vermut is concerned for their health and well-being, and says the Venezuelan Government has ignored her efforts to reach out. She also states in an email circulated to the Kenyon student body by Professor of Sociology George McCarthy that she hopes the International Committee of the Red Cross (ICRC) will enter the prison where López and the other political prisoners are kept to make sure that their treatment is humane.

Like Bruegel’s Icarus, you may fall, and no one will ever notice. (via Wikipedia Commons)

The end is nigh, seniors. Soon you will slap on a pair of wings, and like the young Icaruses you are, you will aim for the sky. Hopefully not too high. You know what happened to Icarus because you went to a liberal arts school. Go for middle-management. Don’t melt those wings. Anyhow, for those of you who may not want to fly, there’s nothing wrong with trying to prolong the undergraduate experience for a little longer. So here are a few ideas of how you can stay at Kenyon after you graduate.

1. Trick Chef Meagan into thinking you are the twin of her unborn child. Sneak into her nursery and climb into her baby’s crib in nothing but a diaper. Hopefully she will take you in, and you will spend a second childhood being raised by one of our most beloved community members. (Though be careful that she doesn’t post pictures of you to Instagram, blowing your cover!) END_OF_DOCUMENT_TOKEN_TO_BE_REPLACED

Moodle: The most sly bastard this side of the Mississippi.

On the wire. Down to the final straw. Life is one big series of deadlines, one after the other. Mostly on Moodle, occasionally on turnitin.com. Deadlines sneak up on you like vampires stalking their prey. Or gazelle. Or tigers. But here are things you can do with fifteen minutes to go on a forgotten deadline.

1. Write a haiku. 5-7-5. We all wanted to be English majors at some point. Time to rock it out. Ronald Reagan was/ a pretty swell dude if you / think about it hard. BAM. There you go. Suck it, historiography. END_OF_DOCUMENT_TOKEN_TO_BE_REPLACED