DON'T BE THIS GUY ON MOVE-OUT DAY.

Just do it, kids. You don’t want to be that guy who finds an object vaguely resembling a bone in your bed and remains in a state of extended panic trying to figure out why there is a bone in your place of abode only to realize that it’s actually a hardened cheese stick from a couple months ago (true story related to me).

You will spend the next week and a half dreaming about objects of necessity (i.e. toothbrush and underwear) turning into bones. It haunts you.

END_OF_DOCUMENT_TOKEN_TO_BE_REPLACED

In case you lived under a bush all year and missed that Kenyon alumn Josh Radnor ’96 filmed and directed the movie Liberal Arts at Kenyon over the summer, first of all, way to totes ignore the Kenyon mainstream. I applaud you. Secondly, if you only found out about the movie because you heard Zac Efron appeared in the film and stayed at Kenyon, I love you.

Moving on. Radnor was featured in the April issue of Wonderland Magazine on his hopes for the film after Sundance and his own personal goals. The interview also stated that the movie will be available in commercial cinemas beginning October 5th. Holla at catching that tiny print.

Check out highlights of the interview (Okay, Kenyon-quotes) after the jump.

END_OF_DOCUMENT_TOKEN_TO_BE_REPLACED

Now that the highly-anticipated event is just around the corner (amidst numerous debate and discussion), it seems only fitting that we, the people, finally have a say in Sendoff decisions. I believe that this question, above all, is foremost in the minds of all … END_OF_DOCUMENT_TOKEN_TO_BE_REPLACED 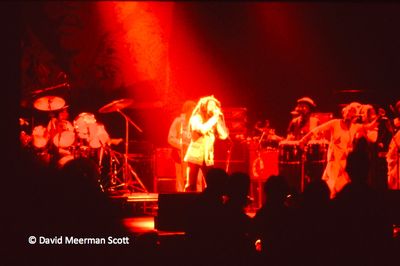 On Friday, Apr. 20 (how apt), the new film documentary Marley on reggae superstar Bob Marley was released across most of the U.S.

Kenyon alumnus David Meerman Scott ’83 had an integral role in its conception.

On September 23, 1980, then Kenyon sophomore Scott traveled to Stanley Theater in Pittsburgh, PN to attend what would be Bob Marley’s last show. Scott was the only audience member to take pictures of the concert.

Read the full story and watch an exclusive Marley trailer after the jump.

END_OF_DOCUMENT_TOKEN_TO_BE_REPLACED

Well, we’re almost there. Just two weeks left of classes and a week of finals. Then it’s over. It’s all over…

Dramatics aside, with the end of the year almost upon us, there are a few tell-tale signs that mark The End of both the semester and, for our graduates, their time at Kenyon. In no particular order…