Today at 5:17 p.m. in an email sent to students and faculty,  Professor of Drama and Playwright-in-Residence Wendy MacLeod announced that she will be withdrawing her play “The Good Samaritan” and cancelling the spring show in the Bolton. The Common Hour discussion of the play and related issues will still take place, but MacLeod will not be in attendance. END_OF_DOCUMENT_TOKEN_TO_BE_REPLACED

Get that kettle a-steamin’, party people! In an email sent via Student Info, Barbara Catt stated the following:

A main water line has broken on Brooklyn street.  The Village Administrator has had the water shut off and the water company is on scene.  Gambier & Kenyon will be under a boil alert once the line is repaired.

Campus Safety currently hasn’t any further details.  We will relay updates as they are received.

Whether you’re rearing to brush your pure, sweet little teeth or hydrate after a sweaty night yelling trivia answers at the VI, make sure to only ingest bottled or boiled water. We wouldn’t want what happened the last time we had a boil alert to happen again, now would we?*
*Nothing happened.
April 13, 2016 By Gracie Potter in News Tags: breaking, News, no internet, sadboys 1 Comment

It’s official, folks – the Internet is dead. According to texts sent out by the Kenyon College Alert System earlier today, Time Warner is experiencing outages in the greater Gambier area. No time estimate for repair is currently available. We here at The Thrill will try our best to keep you updated to the extent that we can, so connect connect your smartphone to that sweet, sweet LTE data and stay tuned.

UPDATE: 1:13 PM – Time Warner has disclosed that the outage was caused by a cut cable. No estimated time for repair was disclosed. Observed campus attitude: Indifference mixed with a hint of genuine resolve.

UPDATE: 2:29 PM – The Internet is estimated to be back up and running at 4:30 PM. Will students find it within themselves to complete their homework once it returns? Only time will tell.

In an email sent  to the student body earlier this morning, President Sean Decatur answered  questions about the shut down of the Gambier Grill, colloquially known as the Cove. President Decatur claims that an agreement between the college and Andy Durbin (the owner of the Cove) has been in the works for quite some time, as Durbin made it clear he no longer wanted to run the restaurant. The college offered several “financial incentives” to Durbin in order to keep the Cove open until the end of the school year; however, Durbin rejected these offers and announced this weekend that the Cove’s doors were closing.

END_OF_DOCUMENT_TOKEN_TO_BE_REPLACED

This morning Kenyon students woke up to emails and texts alerting them of a recent “double homicide on Coschocton Road, between Gilchrist Road and Kenyon Road.” Below we’ve attached all of the different notifications received and/or know of–we’ll be updating with more information as the day progresses.

Below is an excerpt from the Mt. Vernon Sheriff’s Report

11:09 a.m. MOUNT VERNON — The Knox County Sheriff’s Office is looking for Travis Bonham, who is wanted for questioning in a double homicide that happened this morning at 18628 Coshocton Road, near Ohio 308, Mount Vernon.

END_OF_DOCUMENT_TOKEN_TO_BE_REPLACED 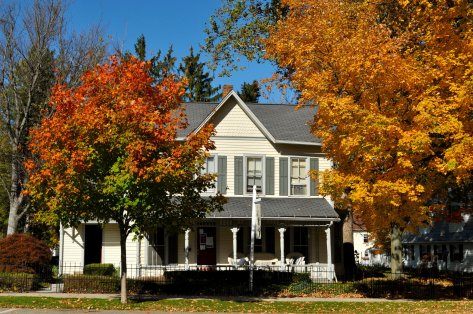 From the Crozier Center for Women:

It would appear that all of Crozier’s Take Back the Night supplies, including ribbons and ribbon making supplies, stars for the star wall, schedules of events, Sexualitree cardstock and all Sexualitree submissions, plus the large TBTN poster were taken from Crozier’s living room last night.

If you have information about the supplies, please contact the Crozier Center for Women (crozier@kenyon.edu) or Lacey Filkins (filkinsl@kenyon.edu).

Greg von Freymann, a supervisor with the Office of Campus Safety, has confirmed to The Thrill reports on social media that three laptops were stolen from the library tonight.

He said that a suspicious person, identified as a brown-haired man in his mid-to-late 20s wearing a camouflage hoodie and blue jeans was spotted entering Olin Library at around 8:45 p.m. and leaving, about five minutes later, with a laptop under his arm. He was described to Campus Safety as approximately six feet tall. According to von Freymann, the man was also spotted at the KAC this evening, but did not turn up when officers searched campus.

Von Freymann asked that if students see anyone suspicious or out of place, they contact Campus Safety immediately.