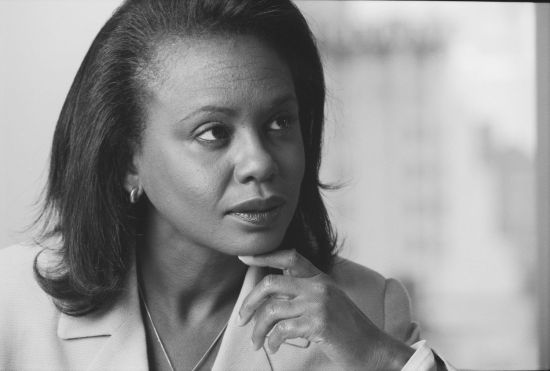 Hill is an extraordinary woman – one Kenyon is lucky to bring in – because she fought against sexual harassment years before society acknowledged how prevalent and intolerable it is.

As an attorney at the U.S. Education Department and the EEOC, she worked under current Supreme Court Justice Clarence Thomas. In 1991, when President Bush nominated Thomas for the bench, Hill testified against Thomas at his confirmation hearing. Speaking to a skeptical, hostile audience, Hill accused him of sexual harassment, which led to a series of frenzied investigations.

Thomas was ultimately confirmed with an incredibly close 52-48 vote.

In addition to Hill’s speech tomorrow, the documentary Speaking Truth to Power will be shown in Rosse on Thursday, February 19 at at 5 p.m. and focuses on the process behind Thomas’ confirmation hearings.

December 13, 2014 By Gracie Potter in Culture, Features Tags: concerts, do it tonight, finals schminals, literally everything is happening, performances 1 Comment

Yo babes. I know what you’re thinking. “Grackle, my studying is getting out of hand. Every time I shut my eyes, all I see is the Dewey Decimal System. How do I calm this super intelligent brain of mine down?”

FEAR NOT. Literally everything is happening tonight. Go ahead and pick one event to go to. Hell, pick two. Pick three if you’re feelin’ feisty. Listen to tunes, laugh out loud, whatever you fancy. Head home. Turn in early. Wake up to greet the fresh new hell that is the Sunday before finals week. You’re gonna be okay, maybe.

END_OF_DOCUMENT_TOKEN_TO_BE_REPLACED

December 9, 2014 By Yasmin Nesbat in Features Tags: civil rights, Civil Rights and the Police, do it tonight, ferguson, president decatur Leave a comment

Come support Kenyon’s first annual Native American History Month celebration! Face the cold, and trek out to Gund Commons to see Yellow Bird Productions perform tonight; sponsored by the history department and under the direction of Ken Duncan, this group specializes in the celebration of Native American heritage! END_OF_DOCUMENT_TOKEN_TO_BE_REPLACED

November 13, 2014 By Nate Rosenberg in Features Tags: do it tonight, POV, tough subjects Leave a comment

Project Open Voices (POV), a coalition of students providing a platform for open dialogue on campus, is hosting its first discussion of the year.  The three main points that will be considered are:
1. How do we facilitate discussions about race, class, appropriation, etc.?
2. How do we respond to sometimes well-intended, yet problematic behavior from friends?
3. From a position of privilege, how do we talk about marginalized groups we don’t identify with or belong to?

And don’t forget, POV has extended the deadline for narrative submissions until December 1st.  Get those narratives in!