After confusion and suspicion that Kenyon was not complying with the federal Clery Act, stemming from a blog post on feministing.com, and reported on by the Thrill, the college today released revised numbers which assure compliance with both the Clery Act and the Violence Against Women Reauthorization Act (VAWRA). The confusion was mostly cleared up in a Collegian article, published last week, which assured that the college had been in compliance with the Clery Act, but not with the VAWRA.

The numbers were announced to the student body via student-info, and are available on the Kenyon website. END_OF_DOCUMENT_TOKEN_TO_BE_REPLACED

October 14, 2014 By Thrill staff in Features, Personal Tags: But as a Man I Feel More Alone than Ever, personal narrative, Project Open Voices, rape, sexual assault, take back the night 8 Comments

The Thrill is proud to feature personal narratives courtesy of Project Open Voices, a coalition of students providing a platform for open dialogue on campus. Today’s essay is titled “But as a Man, I Can’t Help but Feel More Alone than Ever” and was authored anonymously. POV is always accepting new submissions, so if you want to share your story, email openvoicessubmissions@gmail.com. If you would like to remain anonymous, you can submit by signing into a second email account: projectopenvoices@gmail.com (password: kenyoncollege). POV meets Saturdays at 4pm in the Bemis music room in Peirce; new faces are always welcome.

END_OF_DOCUMENT_TOKEN_TO_BE_REPLACED

This article has been updated since posting for clarification purposes. 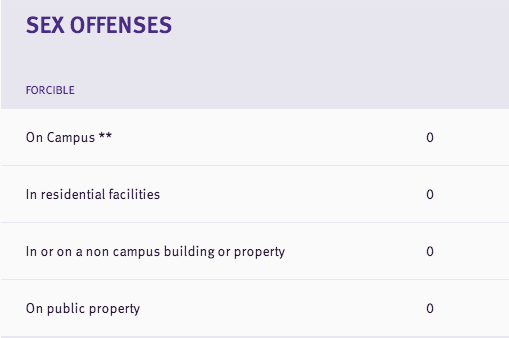 It’s recently come to light that Kenyon has not reported any incidents of dating violence, domestic violence, and stalking for the 2013 school year. In accordance with the Clery Act, schools were required to submit these statistics by October 1st, 2014.  Feministing.com reports:

In addition to older requirements that colleges and universities disclose incidents of sexual assault, the new provisions mandate that schools publicly disclose the number of reports of dating violence, domestic violence, and stalking received each year, beginning with a “good faith effort”this calendar year. Schools were required to publish these reports by October 1st, 2014 but, as students working with Know Your IX documented on Twitter under the #SaVEOurCampuses hashtag, it’s clear many schools aren’t making any effort to comply at all.

The article then notes that they listed 0 sexual assaults, and explains this here:

Still other colleges…are publishing numbers so low, it’s clear the school has made the process of reporting violence so burdensome, confusing, or unknown that survivors don’t feel safe reporting at all.

The Light Up the Night Carnival taking place on Ransom Lawn in front of Peirce will finish Take Back the Night Week, ending the week’s events and discussions covering sexual assault, harassment and safety on college campuses.  This annual event allows the school to come down from the seriousness of the various panels and groups and have some safe fun.  There will be food, drinks, plenty of games, and more than a few prizes to win.

What: Light Up the Night Carnival

Where: New Side, Peirce Hall

Why: For self-care, games, friends and food! 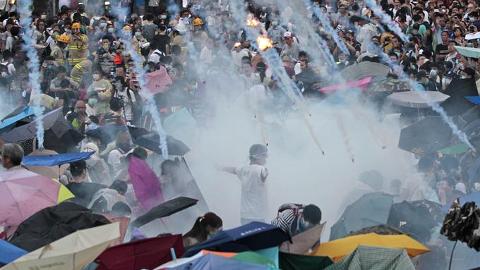 The lead story: Democracy activists in Hong Kong battled with riot police over the weekend and into today after mainland Chinese authorities imposed new regulations on elections held in the semi-autonomous territory. Police employed tear gas and other riot gear but protesters still managed to control three major thoroughfares. Mostly students, the protesters have been calling for labour strikes.