So, on Valentine’s Day, the day of ~l o v e~ and happiness and whatever the hell people who experience romantic attraction do that day, I sat down in New Side with Marc Delucchi and asked him a lot of semi-serious, semi-invasive questions. These are the results.

END_OF_DOCUMENT_TOKEN_TO_BE_REPLACED 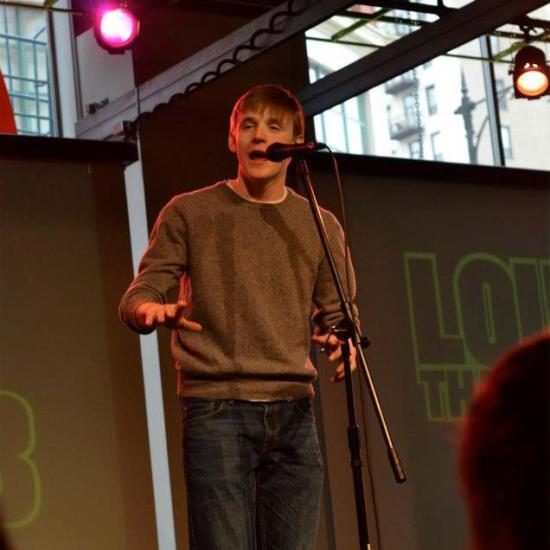 Henry at a slam poetry event in Chicago, no doubt performing a piece just as powerful/if not more so than this.

We caught up with Henry this weekend to have him tell us a little about one of his oldest passions: slam poetry. Although Henry doesn’t perform slam here at Kenyon as much as he used to, you can still see him onstage at Kenyon, acting in various KCDC productions. Here’s what he had to tell us about his poetry:

So, Henry Nash, how did you get started doing slam poetry?

I wrote a lot of poems when I was a freshman in high school for an English class I was in, and the teacher was also the sponsor of the slam team at our school, and she was like “Hey, you should think about coming out to these meetings and see if you like it”. So I went out, and there were these sort of open-mics that happened every two weeks, and I just sort of fell in love with the thing. It was very cool.

Who’s your biggest inspiration when you slam?