I made these tag yourselves in hopes that you will in fact, tag yourself.

all images were poorly drawn by the author 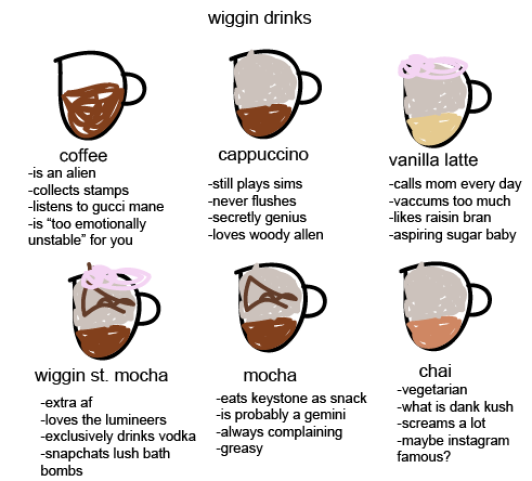 There are more to come, don’t fret. 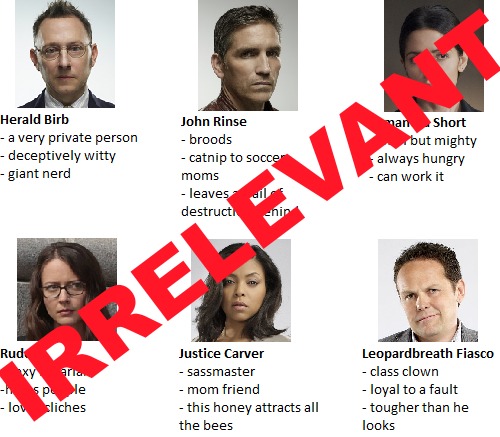 Not Kenyon enough. (via tumblr)

Do you have a tumblr? Do you have a lot of useless, useless time on your hands? Of course you do! The semester’s just begun, and you have nothing on your plate! Nothing at all! Zero things are happening around you! No tears have been shed and no friends have complained about your lack of emotional availability! You’ve been laughing like Julia Roberts nonstop! The only thing you have to care about is a website that’s been irrelevant since 2012!!!!!!!!

Exclamation marks aside, we’ve all been procrastinating our asses off, so, naturally, most of us have seen the newest meme around town. It’s called “Tag Yourself,” and it’s garbage.

For those of you over the age of twenty-five, this fun internet distraction is centered around your own perception of your personality, making it perfect for self-obsessed, short-sighted millennials . The meme presents its audience with a series of images, usually poorly-drawn renditions of animals or people created using MS Paint, and assigns each a list of traits. The human blob in front of the computer screen is meant to choose which image best represents them, and then reblog the photo with a tag mentioning their selection. For example, in the image above, the correct response would be #im leopardbreath.