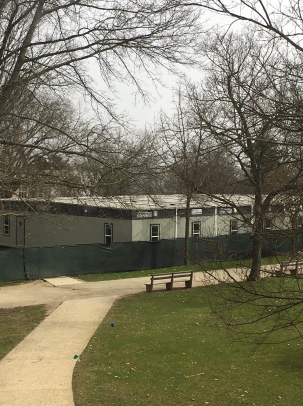 There are the beauts.

Hello, it is I, the Modular Unit Goblin! And another week at Kenyon means another week of putting up with whatever absolute bullshit the administration is trying to tell us is good for Kenyon. But today I won’t be talking about that problem, I’ll be talking about our beloved library replacements, and their very fast delivery onto Ransom Lawn.

We know that these modular buildings will quickly integrate into Kenyon’s culture. So we here at The Thrill have come up with some modular unit slang we think will come out of these new buildings. And boy, I know I sure can’t wait to try out all these new phrases!

EDIT: There will be bathrooms in the pods!